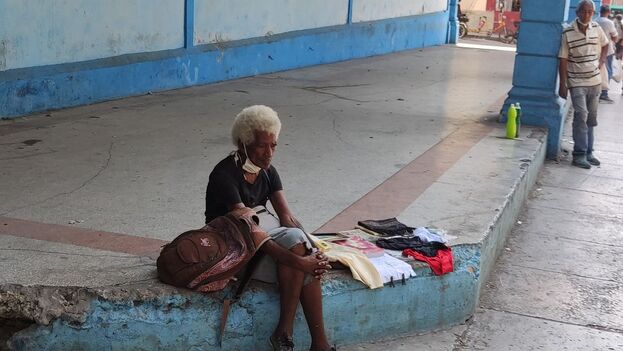 Decades after its appearance, the nations mentioned are submerged in misery and suffer from a total absence of freedoms and rights. (14ymedio)14ymedio, Pedro Corzo, Miami, 30 December 2022 — It is a truth, one of those that leaves you breathless, that Castroism with all its variants — including those of the so-called “21st century socialism,” the route to impose real Castro-Soviet socialism as is happening in Nicaragua and Venezuela — although it continues governing several republics in the hemisphere, has been disastrous for the countries in which it has established itself.

The work of the Cuban regime has offered a wealth of experiences and knowledge for its Latin American counterparts. The dictators of these nations have found it easier to impose their will thanks to the direct advice of the island’s totalitarianism, which has sent many of its executioners to teach how terror must be imposed systematically and institutionally.

However, at least some of us believe that, its lousy management has discouraged many potential followers, although it has not seriously affected the thinking of certain academics, despite the fact that one of the most repeated statements by Castroism in the seventies was “the Responsibility for an event is directly proportional to knowledge.”

The Cuban model, as some describe it, was proposed and developed in the image and likeness of its creator, Fidel Castro. A man with a pharaonic mentality who believed in the fantasy that he was a redeemer who would save the world, when in fact he almost completely destroyed it, as happened in Cuba, due to his obstinacy during the Missile Crisis.

The Cuban, to the regret of those of us who share that designation, was simply a great manipulator, a seller of promises, capable of captivating many deluded people and, also, of seducing a large number of the most poisonous snakes in the human fauna, both Cuban as well as foreign.

At least in Cuba, partially in Venezuela, I know the responsibility of some of those who enthusiastically supported the Fidelista mandate and Hugo Chávez, including a part of the ruling class of both countries, although Cubans were much more delirious in their complicity with Castroism.

These populist dictatorships have had numerous accomplices. Their work has been favored by the bad judgements, negligence, and complicity of a broad sector of their populations, including intellectuals, businesspeople, social leaders, artists, and professionals. These people, at least on the Island, as of January 1, 1959, and after the end of the armed conflict, listened to the firing of rifles, the consequence of fraudulent trials, and could read newspaper headlines where the lists of those executed were published, but they chose not to see or to listen.

The control exercised by Fidel Castro over Cuban society can be classified as absolute. Owner of lives and estates, without obligation to render accounts to a higher authority. A subject who ordered the killing of his enemies, whom he exonerated and released if an influential politician from the United States visited him and asked for their release.

His doctrine and action was always oriented to the seizure of power and perpetuation in it. From his projects and performances, it is easy to conclude that he always considered himself enlightened, capable of breaking social molds and establishing new ones.

Castroism has been catastrophic for Cuba, Venezuela, Nicaragua and Bolivia and a certain threat to the progress and stability of the rest of the countries of the hemisphere. Decades after its appearance, the mentioned nations are submerged in misery and suffer from a total absence of freedoms and rights, a situation that forces their citizens to fight opprobrium with the tragic consequences of death, jail and exile.

However, although the tragedy continues, the resistance, started from the first day of despotism, has not been broken in any of these countries, which is why it is important to give those resisters and their contemporaries the information that enables them to know the past, because as Cicero is credited with saying, “peoples who forget their history are doomed to repeat it,” and it is very easy to forget it when by the force of official will silence hangs over it.

The warlords who impose ignominy are the ones most responsible for the misfortune, but not the only ones. Their collaborators and followers share responsibilities. José Martí wrote it: “To watch a crime calmly is to commit it,” which is why one must act against tyrannies.