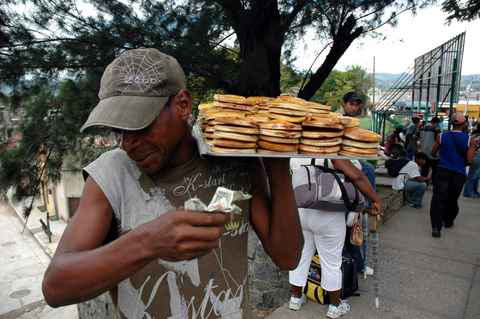 Workers in the fourth most popular self-employment activity feel threatened after the daily newspaper Granma published opinions criticizing them in its letters column.

According to the readers, these people are not self-employed. “They are unscrupulous traders who are strangling the economy of those who work,” said S.I. Chávez Domínguez last Friday, in one of three letters published in the Cuban Communist Party’s press organ.

In an earlier letter, on April 22, J.A. García Caballero says he is not against self-employment, but “if they resell with complete impunity products sold by the State, it is a source of enrichment for unscrupulous people.”

The second was published on May 6. C. A. Méndez Feliú supports the missive of J. A. García Caballero and expresses his opinion. “His approach is exactly right, but it is not just an ill that affects Holguin, but all of Cuba, and here in Havana it is much worse.”

“These people are doing a bad thing, now they’ll take away our licenses. May the happiness in the house of the poor be short-lived,” said Marielena Camacho after a client suggested she read the letters section in last Friday’s paper.

Señora Camacho, a housewife of 48, is one of the 10,187 people who were authorized to work as producers-sellers of various items for the home, after October of last year when self-employment was expanded and made more flexible.

In early January of this year the daily paper reported that 4%, approximately 3,336 licenses of the 75,061 approved, were for this activity. The figure tripled four months later.

The self-employed are worried about the influence this could have on the opinions of those at the highest levels of government. The Council of Ministers, recognized the lack of attention to those interested in this alternative employment in the municipalities.

“In addition, they asked for documents not required in the legislation that forced them to undertake additional steps, and there was an excessive delay in the paperwork to obtain a health license,” said a press release published by Granma about the Cuban government meeting on Mary 17.

The criticisms of the Council of Ministers coincide with some of the complaints raised about self-employment in the Letters Section, where they publish 6 or 7 readers’ opinions weekly. Self-employment is one of the most debated subjects. This year alone, 14 of the 20 letters sections published in the daily contained at least one opinion on the topic.