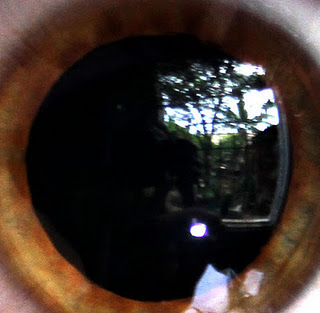 Not the twilight of the gods, dead long before the invention of cinema, but of a red star: in fact a red super-giant a thousand times bigger than the sun. With the definitive post-communist eclipse caused by a small unexpected planet in the historical feature that the director Lars von Trier has made shudder with his latest film for the three or four cats who still see his movies in Havana. Specifically, in La Rampa movie theater on La Rampa street, 23rd near the corners of Infanta and Malecon, flush with the rented transvestites of the Bim-Bom creamery (seminal paradise) and a dead sea of cops hungry for eastern free-gratis whores to spend the night between snoring and repression.

The film is probably the worst of this terrible Danish boy of fifty, perhaps a self-collection of his previous films, including parodies in the style. I have no idea nor do I care to have it. I’m not for intellectualizations that in the end remove nothing in the dense hearts of Cubans. MELANCHOLIA is a free human work and that captivates me and forces me never to forget her. To see the lives of other living beings on planet Earth is a gift rare in Cuba, where day by day they empty us out with the feeling of being molecularly devolving even at the DNA level (accumulating mutations and deletions of genetic material as a nation: we will never again be the same as we never were).

As every end of the world, MELANCHOLIA is exquisitely beautiful and lunatic and sucks the air from us as the atmosphere of the dark room is stolen by the collision of stars that is announced from the initial plane. My despair is that of both sisters: I love life and do not want to lose it under any humiliating circumstances (a perpetual dictatorship, for example), yet at the same time I am not in tune with the meaning of life even in a welfare system (a film by Lars von Trier, for example).

Whom would I take by the hand in case of a cosmic catastrophe? Who would I think of in addition to myself? Do I love someone, do I love something? Whom does my life as Orlando Luis Pardo Lazo serve among my contemporaries? Whom would I seek among the magnetic darkness of a planetary nightmare as I so often dreamed of as a child (I no longer dream at all): the stars spinning at full speed to escape from the highest point of the sky or to swirl down against the Earth?

Wagner and Wagner, it’s the same. All music is a gift. All words are sacred. Every image an impossible slice of eternity. MElANCHOLIA is so intimate and universal. I remembered some dialogue scenes in the filming of the latest apocalyptic of Tomás Piard, also struck by the notion of end times. Only here the beauty of the supposition is overwhelming. The danse macabre of the handheld camera. The small details, subtle, that fill us with desolation. The suspense done with wires and digital high drama. Photon by photon or pixel by pixel, the light manages the miracle of fading even the coarseness of the ushers of a socialist cinema in a socialist city in 2012, which will be like a bad about face.

No one, nothing. Who would not think at the moment of closing your eyes and taking the one the hand of a loved one in a terminal trance. My mind was seminally blank, a transvestite of myself, a puppet that thinks itself free in reality spluttering the political notes dictated against the power. My generation falls and already the head is an abyss without script. We are going to die alone in the end, unsympathetic and dull, gesturing perhaps for a breath of compassion among anthropoforma strangers called the “Cubans of the century”.

No one will learn of our tragedy, because no one knew how to narrate (much less read). In more than one sense, Cuba is not Antares of Scorpio but Northern Korea, the red superstar that no little planet of props can eclipse. No pain, just laziness: faces of the dead in the uncivil Caribbean night. One night only, unquenchable, which comes from the sacrificial killings of the Aztecs to the incessant Holocaust of the Straits of Florida.

And there is nothing to regret. Regret is a verb with humanistic implications too complex for our zero degree of primitiveness (even the animal kingdom would be much more subtle than our empty biographies). We ran out the imaginary time, Cubans. We also ran out ourselves, we admit it. There are bodily injuries in the movement of the signs that have no forgiveness. Neither telescopes nor virgins save us. We lost the complicity of the journey and of love. We are not even mortals of truth: we die in a foreign setting, disjointed, sudden, without legible causes or consequences, between words and situations planned by the devil or by no one.

In effect, a Hitler is surprised in this universe in the last seconds before the curtain and the credits. We need an order, please, a lie against the fear: someone who speaks to us until the end with the sweet demagoguery of textbooks, a scholastic to be-without-being before the catatonia of being-without-being. Lars von Trier incarnated, on Sunday January 8, the luxury of a Cuban citizen in a Cuba without citizens. In effect, before the black hole of our extinction, we are innocent children and, in the absence of God, we miss, then, the Great Dictator.