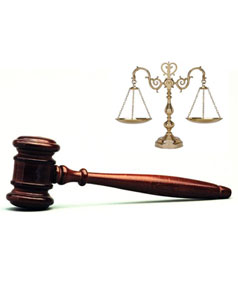 For its implication in the ruling, a basic requirement that the criminal process has raised today, is the need to conduct an individualization of the penalty to be imposed on the accused, according not only to the social and legal significance of the facts of the case, but also the personality of their author.

Our substantive law — I am referring to the Cuban Penal Code — at least relates in a well defined way, several precepts that contribute to such an important purpose, i.e. how it should be done in the specific case to adjust the penalties.

However, it works in practice as a general trend of increasing penalties, even if the offender before the crime had had excellent behavior, but in the opinion of the authorities, because of the offense he is undeserving of such conduct or social recognition gained through his dedication and personal effort, whether by executive positions, honor, authority, or in social responsibility, to give some examples.

Dissimilar judgments are resolved under this reasoning, referring to directors with responsibilities at different levels of management.

Such action is not supported by any legal body and instead, damages a proper administration of justice; when it sentences an individual to long terms, it carries a burden that also involves the accused, a part of society. It is well known, though independent of it is illegal, and it sullies the procedural guarantees in Cuba regarding the order of the criminal process.

The judges, in their role of administering justice, are independent and owe obedience only to the law. This obedience to the law is an unavoidable premise set out in Article 122 of Constitution of the Republic and should not remain a dead letter, the precepts of adequacy are set in the general section of the code and any other interpretation violates this constitutional principle.

Our modest opinion is, that the legislature wisely raised to constitutional range such a postulate for the importance and transcendence that it has in society. On the other hand  gathered in penal institutions the suppositions of aggravation, never harmful to good conduct, the application of similar penal decision must be legislated. The foundation of this opinion derives also from the principle established in  article 2.1 of the Cuban Penal Code that  describes: the punishable character of a supposition must stand as prohibition of realizing it.