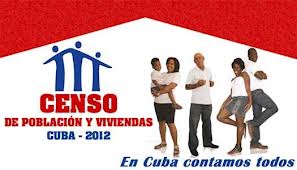 Cuba is preparing for the 2012 census between September 15 and 24. They are officially explaining the date to be collected, what the interviewee should say, without any guarantee of the validity and veracity of the document filled in.

Saturday, September 15, the census will begin, carried out mainly by high school students, who will each collect census data from 50 to 80 households, throughout the whole country.

Javier Lopez, 17, says that people see the census as a game because “I ask a citizen, ’do you have a computer?’ And she answers can’t you see it right in front of my eyes, but I have to put what you say, I don’t see this as having any use, I think I’m wasting my time!”

Lopez says he has canvassed 8 houses and hasn’t done more because people aren’t aware and aren’t home and other say they don’t have time right now and he goes back later no one is home.

Alberto Peña, 56, says they’d already been to his house and he was surprised that this census was being conducted by students and not social workers, and he asked the student if there was someone advising him and was told it was a university.

“I myself saw these young people without responsibility, apparently this 2012 census doesn’t have much validity, God knows if everything they put on the paper is what the citizen said, you can see that in 2 days these students go to 2 or 3 houses and they make up the rest.”

You have to wonder if, having done this, is this going to be valid for the government to have any idea of the cultural level of the population, the number of people living together in a house, the state of the house, etc.