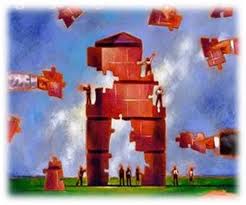 From the news about the People’s Power delegate from the village of Limones giving statements to Radio Marti, I list several in no specific order.

This women was greatly ignored for having made statements to the “Miami mafia’s” radio station.

The delegate knows that many Cubans tune in to Radio Marti and that her complaint was known by her countrymen.

People have lost their fear of Radio Marti.

The Director of the Center for Immunoassays, born and living in the capital, is one of the two deputies who represent the municipality of Majibacoa in the National Assembly of People’s Power (ANPP). This scientist should leave his laboratory and travel to Limones to listen to the demands of the people he represents.

The Council of State also fails to respond and the demands of the voters are disregarded by this highest authority.

The president of the ANPP is more versed in the failures of the administrative systems of other countries than he is in those of his own.

This delegate, has exhausted her options and run out of patience.

The People’s Power has no power and does not belong to the People.