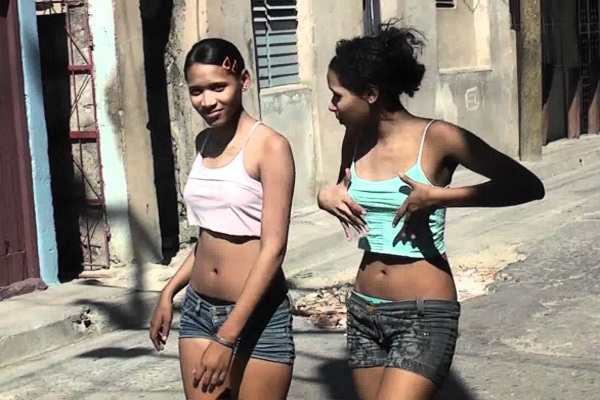 The phenomenon of the eroticism of childhood, although it happens worldwide for various reasons, has reached alarming proportions in Cuba.

For some years, it has become common for many parents to dress their daughters as if they were harlots in miniature. To demonstrate how precocious they are, in whatever party there may be, they are encouraged to wiggle, and to shake their rear ends – which still haven’t developed – more than all the rest. The more lasciviously the better, shaking to the most obscene reggaton.

Taladrid and Dr. Ares, worried about the way in which many parents are violating the developmental stages of their daughters, commented on the increased “adultization” of childhood and the “infantilization” of adulthood. Both blame the problem of macho sexism that afflicts us on the harmful influences of our capitalist consumer society, globalization, Barbie dolls, reggaeton, indiscriminate cultural consumption, the “weekly packet,” and video-clips of Katy Perry, Lady Gaga, Beyonce and Shakira.

The journalist and psychologist also may have spoken not only of sexy clothes – practically those of harlots – the suggestive dances in the parties at home and also at school celebrations, almost always encouraged by the teachers themselves; but also how many mothers and fathers encourage their daughters and sons to ask family and friends living abroad for gifts of every kind, and money, a lot of money, when they come to visit Cuba.

What matters less to these parents is the development of values in their children. Spirituality, values, not behaving so as to be able to buy things in the hard currency stores. Who doesn’t regret it when they see their offspring turned into female and male prostitutes.

There are too many Cuban parents, who in the midst of the national disaster, are turning their girls and boys into adults before their time. What is even more serious, are those who turn into the worst class of adults: materialists, hedonists, self-serving,cynical, amoral. They shall inherit our kingdom of lies and wreckage. Amen.