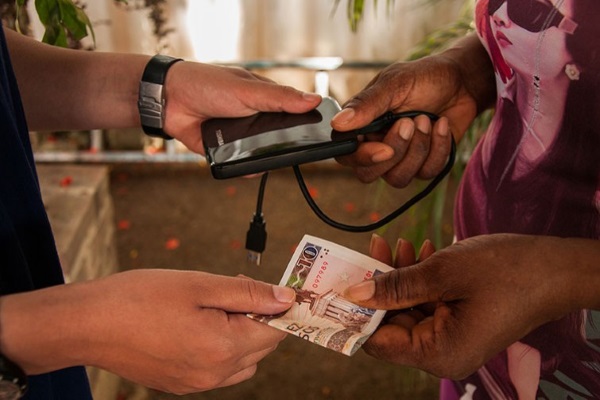 Cubanet, Anddy Sierra Alvarez, Havana, 28 October 2014 — With the delivery of the “weekly packet” to Cuban homes, the people have taken an important leap toward access to information and entertainment. In a country where the only television is state-run and there is no mass consumption of the Internet, this phenomenon helps to build society. Cuban television has faded to the background.

The so-called “weekly packet,” which is normally distributed on external hard disks to individual residences, contains the latest foreign films of the week, shows, television series, documents, games, information, music and more. This packaged content is favored by the Island’s population over the programming provided by Cuban state-run television. In the past, entertainment would be delivered via clandestine satellite TV, but citizens caught in this illegal act would have to pay heavy fines.

Mariam González, 47, of Havana’s Arroyo Naranjo borough, relates that thanks to the “weekly packet,” many people have avoided the jail time or fines that used to be the consequences of using satellite antennas. “Several of my friends were fined over the years up to 10,000 Cuban pesos for receiving the satellite signal in their homes,” González said, adding that, “now, we only have to pay one dollar and we have access on a hard drive to the latest programs from the week just ended. We connect it to the TV set and enjoy the content whenever we want. It’s better than nothing.”

Ángel López, 31, is a fan of such TV series as Grimm, Revolution, and The Blacklist. He notes that “the packet is my font of information and without it in the house, life would be extremely boring.”

“Besides,” he adds, “my cousin watches nothing other than series like Cold Case, and that is not something broadcast on state television.”

Alejandro Batista, 38, affirms, “I prefer to spend a dollar over being a zombie. Cuban programming is no good, it’s stagnant…well, actually, we are stagnant!” he added with a wry smile. Packet prices vary according to the day of the week. On Sundays the “weekly packet” of 1 terabyte is priced at 10 dollars, on Mondays and Tuesdays, 2 dollars, and other days, 1 dollar.

Tomás González, 32, is a distributor of the weekly packet. “Every Monday I receive the packet for 2 dollars,” he said. He then downloads the content onto USB drives of 4, 8 or 16 gigabytes (Gb), which provides an alternative (to the hard disk) way of distributing programming to individual households.

“I sell the 4-Gb USB drives for 10 Cuban pesos, the 8-Gb for 20 pesos, and the 16-Gb for 30 or 40 pesos,” González explained. The younger generations don’t waste time on state television. Miguel Ponce, 21, had this to say about state-run television: “Cuban TV holds no interest for me and, as far as I know, none of my friends wastes their time on that. Now, HD movies are a whole other thing…”

With its lack of variety and offerings that do not meet what the public wants, Cuban TV loses ground.

Alejandro Batista notes that “the government for so long refused to broadcast foreign programs and now we have them on USB drives. But,” he asks, “what makes me wonder is, how long can Cuban television continue, if each day the public leans more towards the foreign programs that we can get on the packet?”