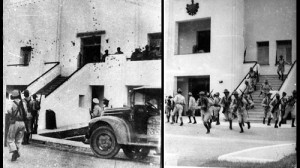 HAVANA, Cuba, August, www.cubanet.org-On July 26 was a strange date for the so-called Latin American progressivism. Rarely have we seen more than ten heads of state trivializing violence in a public act, as if the failed tactics of killing among human beings were the founding myth of a regional model of progressivism. Only President Mujica of Uruguay saved the situation.

This is new in Latin American rhetoric, and undoubtedly at odds with the fundamentals of progressive ideas. In our hemisphere we remember independence as the founding events of the republics and as the rupture of colonialism, but in no case do responsible politicians in power launch into a rhetorical account of the battles and deaths. Every message from the state is typically civil and about the future.

It is, therefore, worrying that some of the governments in the region have joined the ritual of the frustrated Moncada assailants, without thinking about the precedent it opens in their own countries. Their advocacy of violence paves the way for armed groups in their nations to invent their own Moncada, to assault a few garrisons and justify it with social justice.

There was more enthusiasm for the Moncada assault in the ALBA countries than among Cubans. Judging from Havana’s beaches, and the absence of flags, whistles and allegorical maracas in other provinces, and by the mocking conversations on the streets, the 26th of July was nothing more than another nice holiday. It’s one proof that the mythical condition of an event is related to what you can build, not what you could destroy.

If the current generation of Latin American leaders formed its vision from afar starting from what happened in Santiago de Cuba in 1953, they shouldn’t have lost the double perspective of the fact that, 60 years later, many Cuban revolutionaries entered middle age disillusioned, and that the majority of young people bring little vehemence to the defense of revolutionary violence as the supposed midwife of justice. 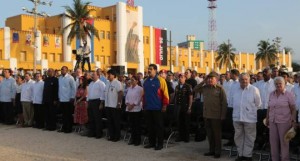 But the fundamental issue has to do with the progressive vision. It should be noted at this point that the Cuban government is not progressive, it is revolutionary. A revolutionary is a concrete type, brutal and, as Mujica himself would say, short-term; someone who is very upset with the way the world is, who lacks the tools and cultural concepts to transform it, and so, thinks it is best to make it disappear…in the name of justice.

A progressive, on the other hand, is characterized by two fundamental features: doctrinal flexibility and the rejection of violence. He understands the revolutionary, but sees him like the juvenile arsonist, incapable of controlling the fire and its consequences.

When revolutions were at their peak in Africa, Asia and Latin America, progressives enjoyed a bad press in political and intellectual circles throughout the hemisphere and beyond. Especially in our region, you were either revolutionary or bourgeois, representing the interests of powerful nations.

In Cuba, to mention the word progressive is a deceptive intent to mask, under supposed social justice ends, the interests of the United States, but through another means: that of those who, according to revolutionary cunning, want to be ready after having read a few social-democratic texts.

Onthe collapse of what never should have been built under the name socialism, the progressive concepts gain media attention, seen as a new image and the beginning of a breakthrough. Then come the social movements, anti-globalization and people protesting in the streets against the stagnant powers.

In the process, old guerrillas change, adopting the peaceful path, re-reading Gandhi and Martin Luther King, not abjuring Mandela for having abandoned violence and criticizing his own violent past. Joaquin Villalobos, in El Salvador, Teodoro Petkoff, in Venezuela, and José Mujica in Uruguay, are the examples that come to mind.

Everyone understands that elections and representative democracy are important; that human rights that must be defended; that fundamental freedoms are at the origin of any sense of justice that can be conceived; that, in the end, conservatives and liberals may have, if not reason, at least their reasons; and that the attempt to build socialism is the hardest way to destroy modern conceptions of equity and social justice, as demonstrated in Cuba.

Where does the Cuban government fit in this, let’s say, progressive philosophy? Nowhere. In modernity there are greater concerns than those of their adolescent history with its heroic self-contemplation. Mouths to feed, homes to build, welfare to define, old age to ensure, and opportunities that offer, are and should be more pressing and decent concerns than praising what was ultimately a sign of poor tactical military sense that founded nothing.

This Latin American and Caribbean praise is not just a lack of respect for our history, it is also contrary to what progressives claim to defend in Latin America: the growing role of citizens, with their diversity of names and surnames, and measurable justice and social equity social. With no paeans to violence.