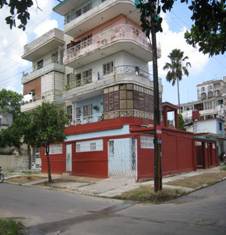 It is right and necessary to fight against urban planning and other crimes, and to try to create a bit of order in society after so many years of barbarities. It seems as if the attention is focused on citizens who built precarious garages in the common areas of multifamily buildings, closed open spaces making them private, put bars in front of the elevator doors on each floor of tall buildings, added water tanks to each apartment, erected barriers to transit sites in shopping streets, transformed facades in their own bad taste, added absurd buildings, converted terraces and porches into rooms, etc. All of this is reprehensible and unacceptable, even if it was done in response to vital needs (e.g. lack of space in the home of a growing family, lack of access to other roomier ones, not being provided garages in new building, impunity of the criminals), or the lack of government solutions (all private ownership was prohibited), rather than for being irresponsible. 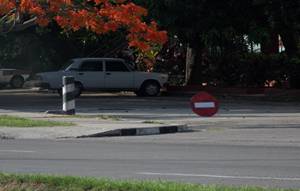 However, it is noted that it was precisely the constituted authorities, and some of their closest collaborators, who started these illegal practices, raising high walls (some up to four meters) in their new assigned homes (sometimes even with surveillance cameras) and shutting down streets and gardens around them; occupying entire buildings and even the surrounding homes, including streets, gardens and other spaces; pharaonic buildings constructed without respecting the existence of streets; fencing and enclosing the gardens and parking of government buildings in Civic Square, closing doors and original entrances, hampering, or even not allowing citizens’ free access to them. This epidemic spread like the invasive marabou weed, and involved agencies, institutions and companies, which were turned into veritable fortresses, with barriers and prohibitions and, sometimes, even with loopholes. Maybe someone alleges that it was all for protection against the eternal enemy, but as always, we went too far, far surpassing the sense of limits.

Given this reality, which is easily checked by visiting our cities and towns, the civic psyche reacts naturally: if the authorities do not respect the urban planning regulations, why should the people respect them? In this battle against urban planning crimes, are the officials’ crimes also taken into account or will the affected only be ordinary citizens? If the chain, as has happened many times, is broken by the weakest links and doesn’t touch the strongest, the battle is lost from the start. To succeed, we must lead by example. Besides, it is good to combat wrongdoing, but we must create  the material conditions to prevent these crimes from being repeated: If the  solutions to citizens’ real problems are not created (living space, new housing, protection of property and other), it will be like plowing the sea.