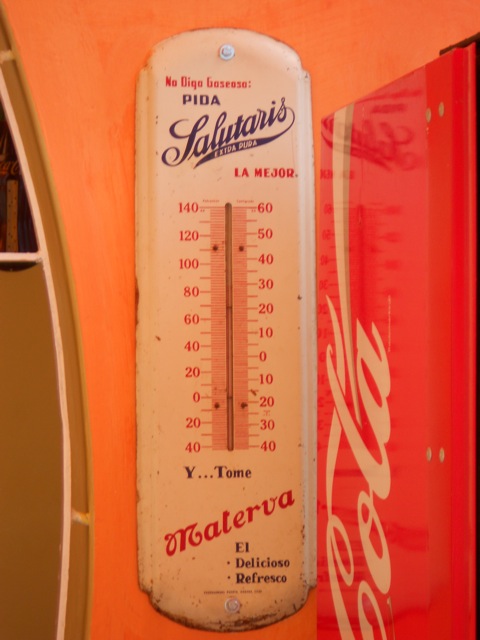 Havana, Cuba. Today I’d love to invite you for a stroll with my wife and I down Avenue 42 of the beach from 41 to 34. A spacious avenue with wide sidewalks and lawns with dense vegetation.

Imagine with us that it’s one of those afternoons in which we say our goodnights to the sun when, before finishing our short walk, we come upon a salmon-colored house. A dwelling decorated by its proprietors with the purpose of opening up its front porch and taking advantage of the space in its garden for a snack bar, a business they had been cooking up for a good long time.

The brand-new trade has had had several names but the one that’s made the owners most enthusiastic is “Today As Yesterday”, recalling the need to create commercial products with the quality that our grandparents once enjoyed.

What’s certain is that according to one of the owners, when he went to register the business with the authorities of the National Tax Administration Office (ONAT), the name was changed, because the authorities did not like the one he’d submit.  After a long debate amongst the family members, they decided on the new name “Enter”. 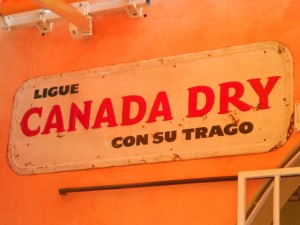 I’d like to reflect on what’s wrong with calling a snack bar “Today As Yesterday”. Although the Cuban government permits the creation of private businesses, it maintains a control over them, control that apparently could even question the name that we give them.

I’d like to share with you the reason the owners of the new business initially decided to call it “Today As Yesterday”, a name that gives tribute to a time of economic prosperity.

The images we include in this story are some of the pieces that were used to decorate this snack bar, the same ones that remind people of their grandparents…who can separate these signs from our national identity?  Who can demonstrate to me how these signs harm anyone?   The danger can only be perceived by the minds of those who try to deprive new generations from knowing the splendor of times prior to the processes that took place in 1959.

I wish I dared to stand before this new business and shout in my loudest voice that if things could really be “Today As Yesterday”, it would be a whole new day in Cuba.