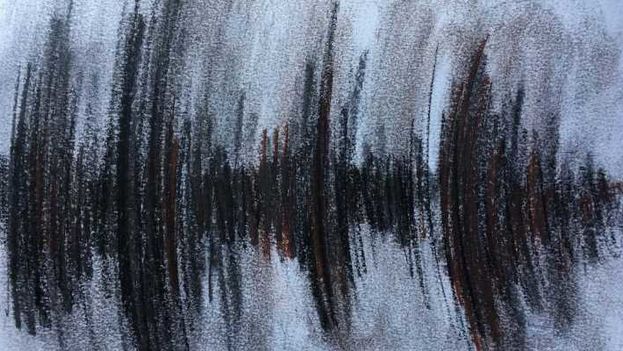 14ymedio, Havana, 3 September 2018–The Union of Cuban Journalists (UPEC) has accused The New York Times (NYT) of surprising its readers with a “crazy theory” about the supposed sonic attacks that harmed the health of various US diplomats stationed in the embassies of Havana and Beijing. The daily ran an article in its Science section on Saturday in which it quotes various physicians and experts who, discarding other explanations, point to microwave technology as the prime suspect in the health hazards inflicted upon the functionaries.

UPEC has published a letter by attorney José Pertierra — among the most popular pro-Cuban government jurists, and one who has a law office in Washington, DC — in which he classifies the article as “an example of poor journalism,” being based as it is on “pure speculation” and not exposing the cause of the possible illnesses.

“Every time that a witness makes unsubstantiated claims in a court of law, the attorneys are required to present the ’evidence’ and to ask a fundamental question: ’How do you know this?’ Unfortunately, The New York Times does not ask this fundamental question,” writes the lawyer, who is thus demanding that scientific or procedural criteria be applied to journalism.

The New York Times article says that the scientists believe that unconventional weapons which utilize microwaves are the most probable cause of the so-called sonic attacks. Although the report published in March by the Journal of the American Medical Association (JAMA) following an examination of 21 affected diplomats in Cuba makes no reference to this type of wave, the author of the study and director of the Center for Brain Injury and Repair at the University of Pennsylvania, Douglas H. Smith, said in a recent interview that microwaves are now considered prime suspects in more than likely causing brain damage.

“Everyone was relatively skeptical at first, but now all agree that there is something there,” said the specialist, who added that the physicians jokingly refer to the injuries at issue as the “immaculate concussion.”

Discarding other possible causes such as sonic attacks, viral infections, or contagious anxiety, some analysts, according to the NYT article, now point to the “Frey Effect,” a phenomenon discovered decades ago by the scientist Allan H. Frey, which posits that microwaves can fool the brain into perceiving what might seem like common sounds.

These false sensations could explain the noises and buzzing sounds cited by the diplomats, which at first were thought to be evidence of attacks by sonic weapons.

While the US Department of State and the FBI are declining to make further statements about an ongoing investigation, a group of experts has collaborated this summer with the federal government in evaluating new threats to national security which, apparently includes the mysterious Havana embassy case and weighs various explanations, among which is the microwave theory.

Frey, the discoverer of the microwave phenomenon, who has worked as a contractor and consultant with various federal agencies, speculates about the possibility that Cuba allied with Russia could have executed these attacks with microwaves in order to damage the relations between Havana and Washington that began during the Barack Obama administration.

Frey explains that decades ago, during a visit to the USSR to give a conference, he was taken to a military base outside Moscow, whose government was “so intrigued by the prospect of mental control that it adopted special terminology for the general class of potential weapons, calling them ’psychophysical’ and ’psychotronic,’” according to the scientist as quoted in the NYT.

An infinity of home appliances, such as short-wave radios, kitchen ovens, and mobile phones emit microwaves in a harmless manner — but they are easy to manipulate and concentrate because of their small size. According to statements quoted by the NYT, it is believed that Russia, China, and many European states have the know-how to manufacture basic microwave weapons that could weaken, create noise and even kill.

Last October, the magazine Neural Computation published an article by Beatrice A. Golomb, MD and professor of medicine at the University of California San Diego, that lays out the most detailed medical case for microwave attacks at the Havana embassy.

In her article, Golomb compared the symptoms of the diplomats on the Island with those reported by persons who are said to suffer from radio frequency illness, and she asserted that “numerous, highly-specific characteristics” of the diplomatic incidents “fit the hypothesis” of a microwave attack, including the production of perturbing, Frey-type noises.

The incidents at the embassy provoked the exit of non-essential personnel from the diplomatic headquarters–about 60%–and this has had significant repercussions on the daily life of Cubans, who have since had great difficulties in obtaining visas to the US, the county to which they have the most ties. Havana accuses Washington of inventing an excuse to obstruct the thaw, being that the cause and extent of the injuries suffered by the officials have yet to be determined.

The 14ymedio team is committed to serious journalism that reflects the reality of deep Cuba. Thank you for joining us on this long road. We invite you to continue supporting us, but this time by becoming a member of 14ymedio. Together we can continue to transform journalism in Cuba