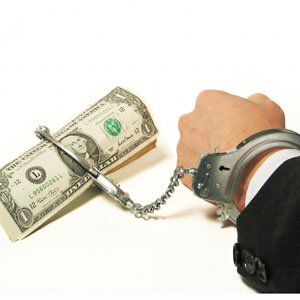 From the same instant in which General Raul Castro was enthroned as President, he hasn’t stopped warning that “The battle against crime and corruption has no room for doubt.” On many occasions he has been seen at the podium exhorting publicly the members of his cabinet to maintain an “implacable” conduct against the mentioned scourge.

It’s difficult to convince that popular body that for lack of confidence, without realizing it, passed from alarming sloth to heartless hibernation.

In order to execute his crusade and give veracity to his words, in the year 2009 he created the Controller General of the Republic of Cuba, an organ that until today has carried out audits on all the State institutions and brought before tribunals those accused of economic crimes and corruption, a good number of functionaries, employees and directors of state enterprises, an ex-minister and an ex-vice minister of the food industry, foreign businessmen, an ex-son-in-law of the above-mentioned General President and family members who, confused, wealthy or followers of a lucrative ideology, one day swore loyalty to the revolutionary process.

For some citizens, the General represents a Caribbean Grim Reaper with a collapsible neck, who, with an olive-green cowl and a scythe in his hand will put an end to the kleptocracy. “The struggle against corruption” is an epic banner that the First Secretary of the Communist Party decided to raise, and to hoist it more, he named as gonfalonieri his son the Colonel, a middle-aged man who is a specialist in judging everything and an expert in looking after personal objectives.

Certainly, the law is the only form of giving an effective and round answer to the problem of corruption; but sadly, the publicized content is one more myth, which isn’t precisely destined to eradicate the matter from the Cuban horizon, but rather will concentrate the country’s resources and total power of the State in the hands of the most corrupt, most restricted, most faithful, and even most compromised group belonging to the Castro Espin clan.

Why didn’t the General say anything when the Cuban government was discovered attempting to transport military materiel through the Panama Canal hidden under tons of sugar in a North Korean ship?

If this isn’t muddy, then there’s the possibility that before the unpolluted island ruler, neither was it corruption that a group of “cooperating Cubans” engaged in bringing in contraband diamonds from Ghana and Namibia to Havana, stones that later were sent by air to a beautiful port city in northeast Belgium, Amberes, casually known as the world center of diamond trafficking and commerce. How could that happen without the approval of the State that sees everything, like Big Brother?

I also recall very well that some years ago, in 1989, a group of high military officers were punished for similar acts. And look here, curiously, these trafficking specialists, whom the Cuban government feigns not to know, are all ex-military man and civil workers of the army that works for ANTEX S.A., an anonymous society of Cuban capital located on the African continent, with offices in Angola, whose initials mean strangely (and excuse me for the use and intentional abuse of these adverbs) the name of General ANTonio Enrique (Lusón) EXportations. A Raulista convert who not only is corrupt but also basks in it.