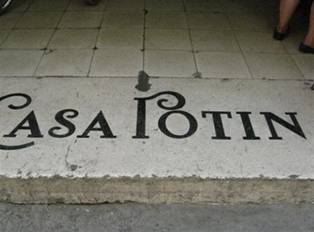 In giving new names to things that already exist, we Cubans in the last century were profligate. We began by getting rid of the original names of various businesses and commercial establishments, and replacing them with a letter and number code that no one understood.  For example, a bodega which had always been called La Complaciente was renamed Establishment E-14. This brilliant initiative used up all the letters of the alphabet, combining them with numbers. These coded labels were part of larger entities, labeled “consolidated,” that encompassed everything. There was Consolidated Meat (notable for its absence), Consolidated Leather (ditto), Consolidated Bread, Consolidated Beverage and so on. Over time the changes continued, leading to unions, complexes, groups, chains and more.

The problem has always been an unwillingness to call things by their well-known and widely recognized names. Thus, the economic crisis became the “Special Period,” failures became “corrections,” reforms became “updates,” an independent worker became “self-employed,” corruption became “resource diversion,” a prostitute became a “hustler,” a restaurant became a “paladar,” an opposition figure became a “mercenary,” a private farming business became an “agricultural co-operative,” a small private business became a “non-agricultural co-operative” or “a new type of co-operative,” a client became a “user,” and so on to infinity.

How easy it would be to use the Spanish language correctly! This way, we would all understand each other better and foreign visitors would not have to work so hard trying to understand all this strange terminology. By refusing to call bread “bread” and wine “wine,” you end up with linguistic obfuscation.

Like water — try as one might to impede its flow, one way or another it always finds its own level — sooner or later this absurd terminology will be a thing of the past and forgotten, obviating the need for a Dictionary of the New Cuban Language. Then a crisis will be a crisis, a failure will be a failure, a reform a reform, a worker a worker, a business a business, and so on. Let’s go back to speaking and understanding each other in Spanish!