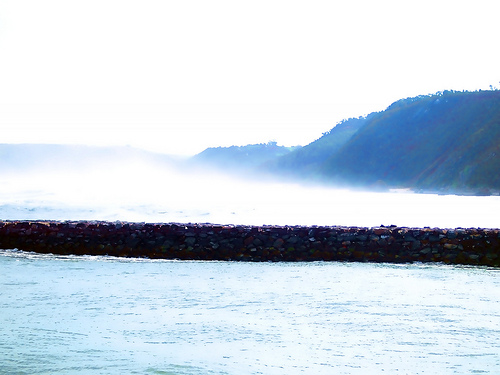 US politics is back to debating it. As far as they see it, Cuban dissenters are divided into those who are in favor, and those who are against the embargo. Each side contributes its reasons, but few stop to think about the advantages that the elimination of the US policy represents, in the preservation of its personal freedom.

It is difficult for any dissident to ignore the Gag Law, Number 88, which protects “the National sovereignty and the Cuban economy;” The law penalizes “acts aimed to support, facilitate, or collaborate with the objectives of the Helms-Burton law, the ‘blockade’, and economic warfare.”

Does it mean, then, that the abolition of the Helms-Burton Law would take away the underpinnings of the law which considers any and all statement or activity questioning the Communist policies within the Island to be subversive and a disturbance to the public order, promoted and stimulated by the US Government?

Simple acts such as talking on the phone with the Radio Marti broadcasting station, reporting an event that happened inside the Island, expressing an opinion about government policies, publishing in a foreign newspaper, or participating in a peaceful demonstration are enough to suffer between 2 and 15 years in prison and be fined between fifty thousand to two hundred and fifty thousand pesos.

Sanctions can extend to 20 years if, among other reasons, financial support from the US is received, or if the Cuban authorities consider that the transgression can cause harm to the national economy, or if the US Government retaliates against Cuban or foreign entities, or against any of their representatives or their families.

It seems as if the prison time suffered by 75 dissidents, victims of this law, has not been enough to make us understand that it is time to make decisions about the embargo thinking about the Cuban people and not their government. The international pressure and solidarity is appreciated, but it alone will not prevent that in the future more dissidents will suffer imprisonment for the same causes.

There are also sanctions for those who distribute financial aid, material or otherwise, from the US including the Europeans in solidarity with our cause who, as far as the Cuban government is concerned, also support the US policy.

The case of Alan Gross showed that even Human Rights activists run a risk when they come to the Island to help us. I do not understand the conflicting positions. Could it be that we need more people in jail?

I can understand those on the outside who wait with anticipation the arrival of democracy in Cuba, even that it is easy to ask for a hardening of the embargo, if they have no skin in the game. I do not, however, understand those on the inside asking for the same thing. Do they want to become heroes? As far as I am concerned I prefer freedom in the widest sense of the word and to be present every time my son needs me.