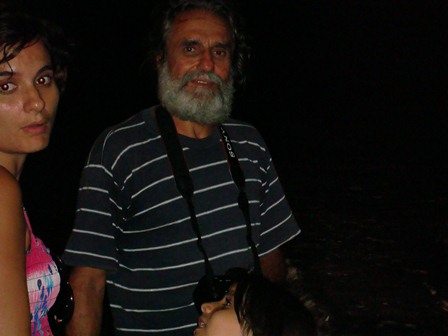 Havana is celebrating Carnival. At least that’s what it says on TV. These carnivals dispensed like beer from a pipe, like the word “pipe” divorced from the individuality of the habit of burning tobacco to breathe the smoke through a mouthpiece. A pipe dragged by a truck, a container for water, fuel, beer, huge amounts. It refers to the collective, the mass, to whom beer is dispensed, bread and pork, the lackluster floats. Not to mention the dynamic of the relationship between an enormous quantity of police in the street and the people congregating, so lacking in other stimuli, in the areas of the carnival.

In this framework of the people’s festival the Freedom Flotilla has returned from Florida to set off its fireworks loaded with promise for some and terrible predictions for others. There in the sea, so close and yet so far. On the previous occasions when the Flotilla announced its approach, I wasn’t with Agustin and felt panic being in the street, that a popular uprising might occur. As much as it’s thought that such a thing would influence the return of Freedom, it’s not a good thing to be walking down the street with your child when a chaotic situation comes.

(I read a frankly amazing post in the blog Penultimos Dias, taken from a blog by a Cuban exile named “Om” — like the mantra before the appearance of blood — where I read that Cubans suffer from homophobia. It’s easy to say this from exile, from Chicago.) 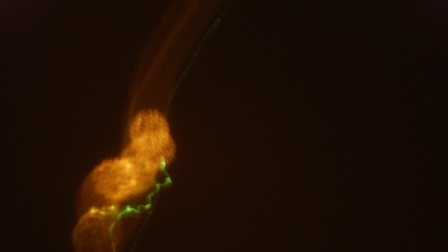 On this occasion, hand in hand with Agustin, I went with my family to the Malecon and I was surprised by how deserted it was, empty and dark. There were probably more people on the part closest to el Morro, but where we were at G Street and the Malecon Havana seemed like an empty city.

The Freedom Flotilla setting off those fireworks so close… yet so far, in front of a drunk city accustomed to the state handout that doesn’t let you shout Freedom without paying a price, possibly in blood. Nor does it seem to care much to revive the sense of a proclamation of a Freedom less coveted than the amount of money — in hard currency — need to buy a life, which with free health care and education where it’s possible to fake it without believing anything you see, you can live without understanding what use Freedom would be to you. That’s what it seems to be post-Revolutionary Cubans.

Agustin has had to explain to me that the Freedom Flotilla was actually behind some brightly lit boats that all indications point to the government of the Island having placed there to warn us all of the presence of the dictator.

As always, a lot of police. To remind us how happiness flees from the beaches of our existence and we have to go look for it on the high seas. Are we Cubans so criminal that they have to patrol us so much, or has the definition grown in the Revolutionary penal code?

On the way home a “unit” close to a State Security microbus in position a few blocks from the Malecon, and some plain clothes guys coming out to watch the enemies of the security of the government of the Communist Party and of the mafioso family: the sad people, so poor, so poor in spirit. That they could barely be tempted to pronounce the fatal syllables for the deception closeness of the fireworks.

Ha, ha, ha, State Security says it’s protecting people from their temptations: a people that don’t know, don’t understand, millions of disabled anthropologically speaking. Why in Serbia could the young people rebel against the socialist dictatorship of Slobadan Milosevic? What is the formula for Freedom? Is Freedom a vampire?

No, Freedom is not at fault, nor is our homophobia. The fault is State Security’s, the fault is the general’s who says from the podium: “Everyone here knows what they have to do.” Inciting no respect for the shout of Freedom, the right to say that the Communist slavery is over as is the government of the Castro family, for all eternity.

That’s it. The fear and the insecurity is done for, the threats, the political prisoners, the ration book, the pipe, the dirt, the faking, the illegality. How can we approach those fireworks at our cardboard Carnival, so opaque? And return to individuality, privacy, the actual expression of ourselves. Leave the concentration camp.

All this if we could just remove the obstruction without violence, those government ships.

I have become nostalgic.