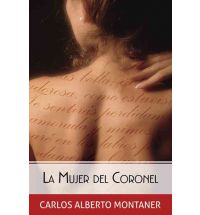 On this island sexuality seems to ooze from the pores and the corners, it even seeps from the asphalt. Tight clothes, suggestive smiles, lascivious phrases, exude a sensuality that strikes those who visit Cuba for the first time. It gives the impression that at any moment, in the street, we could bump into some scene from the bedroom.

People constantly make jokes alluding to sex and dozens of words refer, in the vernacular, to the genitals. A recent arrival to our reality could believe that we have left behind every taboo about carnal pleasure, and that we have overcome every timidity.

However, behind the visible explosion of joy and pleasure is hidden a prudish mentality when it comes to addressing sexual intercourse. The self-confidence the dances and the expressions bring, contrasts with the blushes or the silence when trying to explain sexuality to children or to speak seriously about the issue.

This sexual confidence also butts up against the stilted public discourse. The Cuban government has always had problems managing the overly lewd character of those it governs. The role model of a sober man they’ve implanted in the country would have worked better with a tremendously formal man, someone more stiff-limbed.

But this characteristic has also been greatly exploited by State Security, which investigates the intrigues emerging from the bedrooms and converts them into material for extortion. How many times have we heard, “It seems they must have saved a couple of compromising photos because he’s so tight-lipped.”

Public figures, diplomats, foreign correspondents, dissidents, generals and officials; spied on and documented in the exercise of loving and being loved. An entire archive narrating poses, meetings, pillow histories, to be used at just the right moment when someone should be diverted from their path. The practice is so widespread that many Cubans sense, in the middle of an orgasm, that an eye is spying on them from a doorway, a camera hidden in the ceiling light, or a microphone inserted into the lover’s body itself.

This mixture of paranoia and ecstasy has been well told in the novel The Colonel’s Wife by Carlos Alberto Montaner. The story is framed in the eighties, when Cuban troops supported the MPLA in Angola’s war. Colonel Arturo Gomez receives a yellow envelope that contains proof of the infidelity of this wife, during a trip to Italy. From that moment both their lives are reduced to a political expedient in the hands of officials with the pretensions of detectives, representing a supposed revolutionary morality that sees, in her act, treason to the homeland.

Intimacy loses its private status, pleasure is transformed into guilt, and every moan of satisfaction must be purged. In a totalitarian system it is not possible for an individual to treasure the secret of adultery. It must be brought to light publicly, the adulterer chastised, made to know that Big Brother’s eye is watching this frivolous conduct and will not forgive it.

If, on top of that, the unfaithful one is a woman married to a military man or senior official, the chastisement must be a lesson to all. The bed becomes a trap that ends in more control, the sheets the web of a political witch hunt, and the carnal love the indiscretion the ideological executioners are waiting for.

This is a book that analyzes sex and power. Reading it will reveal the illusion of the call to revolutionary morality, the falsity of the pose of militant asceticism. Those who accuse, Nuria, the wife, of adultery, evaluate her carnally, feast their eyes on her curves, in hopes of exchanging her nude body for a certain mercy.

Nuria experiences outside of Cuba that freedom of the senses and desires that she knows are strictly monitored in her country. The professor, Valerio Martinelli, helps her to rediscover the woman under the poses, the masks, the opportunism and the silences. Her liberation as a citizen begins, in this case, with sex, it comes from her vagina.

But no one who lives under totalitarianism can escape its control. Even abroad, Nuria is followed by State Security. Her pleasurable carnal act of emancipation is turned into a police file used to pressure her. The bed as a tempting trap into which she falls over and over, like a prize that later brings a serious correction.