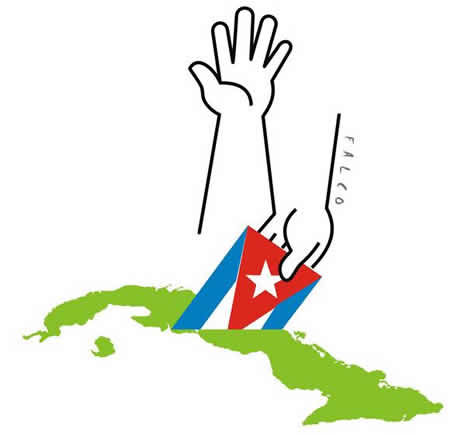 The summons for the citizens to attend the nomination of candidates assemblies are already spreading around the neighborhoods. Some are attending like robots, simply to make an appearance and so as not to be “branded” in the zone.

After the candidate election process, on October 21 they will elect the delegates, who are committed to communicate the community’s opinions and difficulties to the local Assembly and Administration. They must also inform their constituents about the resolutions adopted to solve those problems or the obstacles to doing so.

In practice, the only form of communication between the delegate and his electors is the Accountability Assembly. A bitter pill that the delegate swallows -in a two and a half year term- in an accumulated series of moans and complaints. The solutions are postponed, period after period, by each predecessor in the job.

The delegate cannot count on resources to directly fulfill the voters demands. He is only a mediator, who must endure -not infrequently- the insults of the population, due to the inefficiency of his management.

Local power is almost existent. At that level, there are no verifiable results of his management. Far from solving the local problems, he does the work of monitoring, like a Police sector chief.

In this sense, the delegate is compelled by the law to inform about illegal constructions and confront legal violations in entities of his district, especially against every corruption manifestation, improper use of resources and other felonies.

He is also entitled to control and supervise the activities of the entities of his jurisdiction, regardless the level of subordination; bound to contribute to the socialist legality and the internal order.