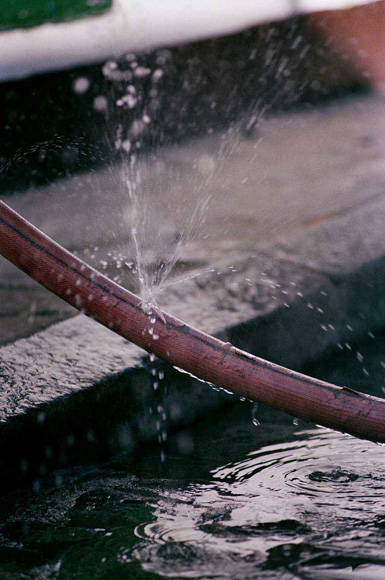 For Cubans today it no longer seems strange, much less unusual. A lack of punctuality affects any number of activities, whether they be in the workplace, the classroom or at celebrations. There is always some excuse. The bus did not come; they turned off the lights when I was having visitors; the water shut off when I went to take a bath; etc.

Although there might be valid justifications, they are daily occurrences that have become persistent issues, and are now one in the same.

The critical moment occurs when we try unsuccessfully to find out why from the agencies responsible for transportation, electricity, water, or whatever it might be. The responses from each one of them to the problem at hand are no more than mere excuses.

As a general rule the problems of transportation, electricity, water, or anything else are always blamed on the fifty-year-old unbending and illegal blockade. However, the vast majority of problems we face on a daily basis are rooted in the lack of organization prevalent in all spheres of activity.

Aside from the lack of replacement parts and accessories necessary to achieve the optimum benefit from parking spaces, there is no adequate plan for their use in response to the interests and needs of the populace. One could ask: Wouldn’t it be possible to contract post-market services abroad?

Under the current conditions, the acquisition of the means of transportation is carried out through “friendly” countries, which provide us with easy credit. Is it not possible to carry out a serious and thorough study that would allow for the orderly planning of bus schedules that takes into account customer demand?

After all these years have there been no graduates in engineering who specialize in transportation management? How is it possible that private transport providers can satisfy the needs of the populace with punctuality but those of the state cannot? Why do the famous reinforcements appear as if by magic? And then there is air and rail transport. It is nothing less than a miracle if arrivals and departures occur on schedule. No doubt there are justifications for these too.

If all planning undertaken in “time of war” carries over into “time of peace, then we can be sure that disorganization will be permanently institutionalized.

There are always justifications for the lack of power, electricity or water supply. They have now become common. While we are informed about disruptions, breakdowns, maintenance and other issues, it is undeniable that these almost always occur when we least expect them. In other words not at opportune times or on schedule. Nothing, or almost nothing, is well-planned or well-organized.

These are only a few examples of how organized the disorganization is, how institutionalized it is. One could broaden the scope and look at other recurring problems such as academic courses, the distribution of medications and other issues that would make up an endless and tiresome list.

At the start of every academic course, there are assurances that “everything is planned and very well-organized.” As the course proceeds, however, there are shortages of certain things. It could be fuel, it could be the basic course materials, it could be various sorts of input, etc.

The issue of medications and their distribution is, in large part, an irrefutable example of the institutionalization of disorganization, especially of those items distributed through the well-known “ration card.” In other words, medications that are controlled.  An exhaustive system of control has been set up to register individuals, yet when these same individuals go to a pharmacy to obtain their supposedly controlled medications, they find they are no longer available.

Maintenance of the distribution systems for electrical energy and water require planning. How unlike our own reality! When there are problems due to maintenance, disruptions or breakdowns, this implies that service is not available and, therefore, is not being used. But – wonder of wonders! – although charges are based on kilowatts per hour, we find out when the bill arrives that those hours, when nothing was being consumed, were not taken into account.

If there were a real desire for organization, one need only look to private sector workers as an example, whether they be in the transportation, restaurant or service industry. The first “organizers” pave the way, the second ones maintain a standard of excellence, and the third benefit from word-of-mouth.

If there is no justice and fairness, bread becomes charity.