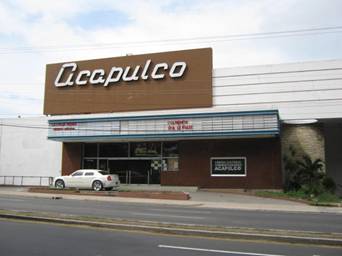 Every year, when reading essays by film critics on the various works presented at the so-called Festival of New Latin American Cinema, what stands out is the never-ending lament on the need to win over a public “unfortunately (this is the word used) conditioned by the Hollywood esthetic.” There are never any complaints about a French, Italian, English, Spanish, Swedish, Russian or German esthetic. These do exist and, in spite of Hollywood, have achieved success in both their national and international markets. It seems to be not so much a problem of esthetics as a lack of quality in what audiences are being offered.

To disparage an internationally recognized cinematic tradition based on primitive political or ideological ideas without taking into consideration the fact that it has produced films ranging from magnificent (true works of art), good, less good, average and bad is akin to burying one’s head in the sand. Its output is also so varied that it satisfies every taste, including fans of every type of drama, comedy, musical, action adventure, science fiction and animated film.

Unfortunately (and here is the rub), most Latin American films are plagued by unfulfilled good intentions — an abundance of cinematic rubbish that forces audiences to flee in droves from theaters in which they are shown. At times the films are so personal that only their creators can understand them. With a few notable exceptions, this was the case at 34th annual festival.

In reality most people do not go to see Latin American films, preferring instead co-productions from Spain, Germany, France, Italy, Canada and other countries. We have had and have good directors (Glauber Rocha, Subiela, Ripstein, Gutiérrez Alea, Solás, Fernando Pérez and Pineda Barnet, to name but a few) whose films appealed to the public and were able to fill movie theaters, but they are not the majority. Until our directors can create an appealing cinema (this does not mean one that is not artistic), capable of drawing a crowd and keeping them in their seats until the words “The End” appear, all these pseudo-artistic statements and expressions of disappointment will do nothing to solve the problem. This, ladies and gentlemen, is not the fault of Hollywood or the audience, but of the film makers themselves.