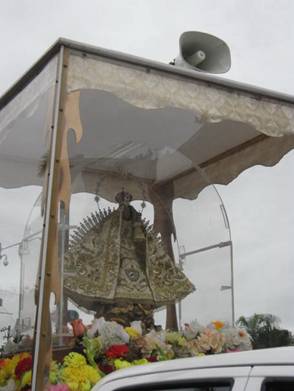 Last night, on the television of my planet I was watching a newscast of Telesur*, which has become fashionable, not for its content (very similar to ours), but rather for the number of images (which we are not accustomed to). I was able to see, almost with amazement, what happened in many of the polling stations in Haiti.

Ballot boxes tampered with and thrown on the floor, with plenty of ballots, some already used by voters, scattered everywhere. Disorder and confusion reigned in the midst of an election. I do not understand how it was possible to conduct it, in the tragic setting of a cholera epidemic and in the aftermath of the earthquake, from which, incredibly, they haven’t begun to recover, despite immense help received from many countries

Moreover I was shocked to hear early on the news, on shortwave, that international agencies were satisfied regarding the outcome of the election.

I asked myself one question immediately. How is it possible that this chaos, called an election, has been approved by the OAS, and not the well-organized and freely carried out, democratic and transparent election in Honduras, with the high participation of the people who expressed their civic will?

*Translator’s note: Telesur is a Pan American Television network, headquartered in Venezuela, which was started in 2005 as a project to present the viewpoint of international and regional leftist intellectuals.