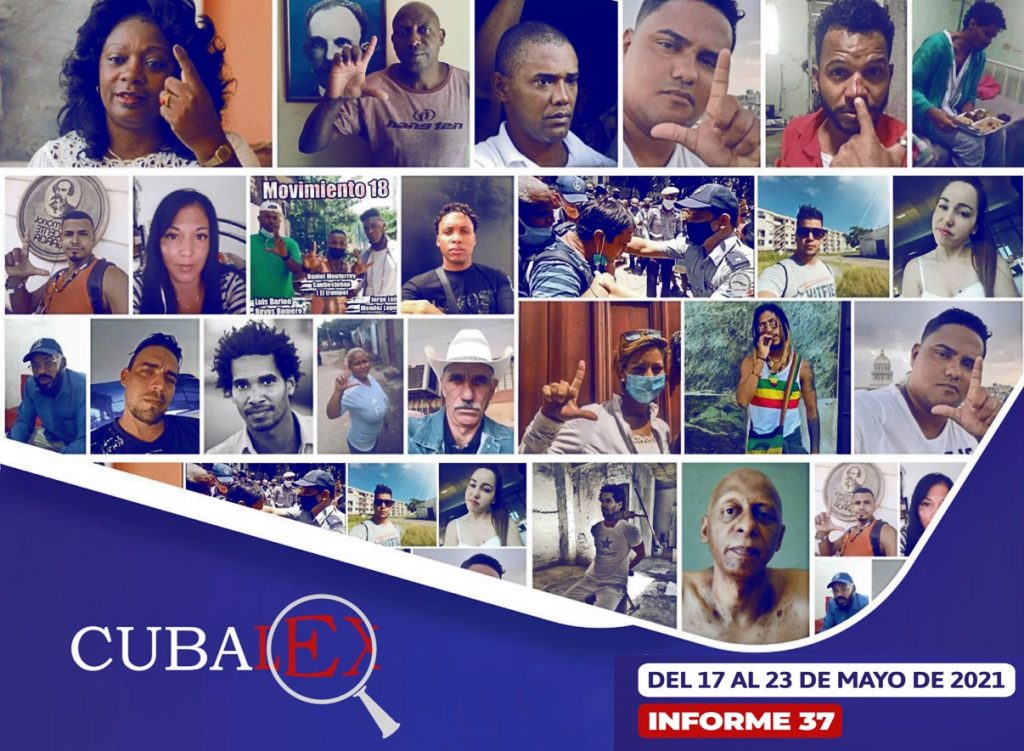 Cubalex, 25 May 2021 — Cubalex monitored acts of harassment against civil society from May 17 to 23, 2021, as well as related news associated with government measures taken during the pandemic, and instances of shortages of products and basic goods. This report also analyzes the selective internet outages that activists and dissidents have suffered, and highlights accounts from the official press of threats, attacks, and violations of rights.

Our organization corroborated the deterioration of the population’s quality of life, which translates into longer periods of power outages, and worsening shortages of food and basic essentials throughout the country, together with the difficulties to get them, such as long lines, even in MLC (hard-currency) stores.

Seventy events were documented during the week of May 17-23, for a total of 201 events that our organization has monitored during the month of May.

On Tuesday the 18th, State Security and the police detained Maykel Osorbo while he was having lunch at his home, arresting him without a shirt or shoes, and as of the date of this report they have kept him in “forced disappearance,” which constitutes a crime under international law.

May 23rd was the day of greatest impact, although the repression was also evident on May 19 and 20, dates that coincided with the anniversary of the death of José Martí and the founding of the Republic.

We followed up on incidents that occurred in 13 of the country’s 15 provinces; 40% of them occurred in Havana.

You can consult our report for further details.