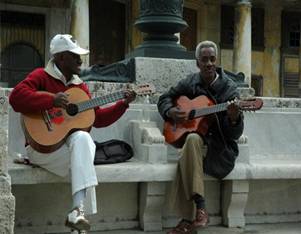 Some time ago, in the euphoria of Triumphalism, it was constantly declared that in Cuba the scourge of racism had been resolved, and it had been eliminated. It is true that, institutionally, in the current laws and decrees this is so, but the reality is quite the contrary. The phenomenon was such that they came to to the point of establishing a percentage of black citizens (30%) that must be taken into the Party, other political and mass organizations, and even the government bodies.

The bureaucratic, absurd and unnatural measure, instead of resolving the problem, complicated it still further: many responsible people asked: Why 30 and not 50 or 70 percent? In its own origin the measure was also discriminatory. To try to solve such a complex problem in this was was a childish delusion.

The Cuban nation, forged in a melting pot, began from the original aboriginal presence before the discovery, rather underdeveloped and primitive, which had only cassava as food, made crude pictographs in caves and some pottery as art, daub and wattle housing, and some few words.

The Spanish brought European culture, developing then, the Catholic religion and something very important: their language. Other nationalities, the first African slaves captured by Africans themselves and sold to traffickers, brought their rhythms, some foods and words and their beliefs, never developed as they did not possess it. The Chinese, Lebanese, Hebrew, French, Caribbean and South American and even North Americans, expanded the components of what would be, first the creoles and then the Cubans. This is the historical reality.

Currently, in a new attempt to fight the existing racial discrimination, accepted even officially, until it becomes a wandering course, trying to overestimate the role of the African component to the detriment of the Spanish and the others remaining, when the right thing would be to empower people without further discrimination. To suggest that all Cubans have African roots, is as absurd as to suggest that we all have Spanish roots. We exist, both one and the other, and also those that are the result of multiple mixtures.

I have white friends and black and even Chinese, who are doctors, engineers, lawyers, architects, scientists, etc., as I have also known whites and blacks who are criminals and marginal. All had the same opportunities, which is important, but some took advantage of them and others did not.

Although data are not published, it is common knowledge that the prison population in Cuban prisons is mostly black. The same happens in other countries. I will not analyze the causes, it is not the subject of my writing, but it forces us to think and delve into the reason for this situation.

The scourge of racism must continue to be fought, but to move this way and that (to which we are too accustomed), convinced that it is not eliminated from one day to another, requires time and education on both sides. Sometimes there are blacks more racist than whites: it is racism in reverse. I think a prerequisite is to ensure that all citizens have a decent standard of living, which has nothing to do with false egalitarianism. Today, unfortunately, as many whites as blacks do not have it. This makes it difficult.