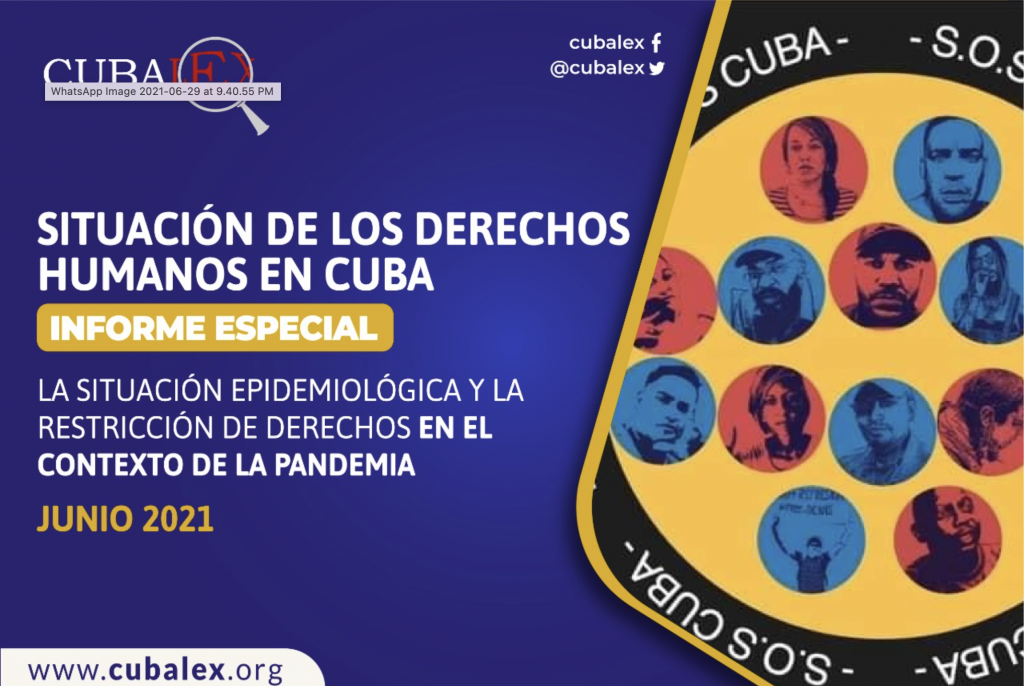 Cubalex, 29 June 2021 — During the last two years Cubalex has monitored the epidemiological situation and the restriction of human rights in the context of the pandemic

Our organization concludes that the Cuban State is using the health crisis as a justification for suspending human rights without having declared a State of Emergency, as required by international law. We observed that:

Disproportionate and discriminatory actions against human rights defenders have increased, including: deprivation of liberty, and arbitrary home confinement.

The economic context worsened due to high unemployment rates and has been aggravated with the implementation of the ’ordering task’*.

They increased repressive measures against non-state sectors to control the high prices of food and basic necessities.

Excessive application of severe fines for carrying out economic activities, especially those related to sale and resale.

In this report we break down some of the violations that the country’s government has committed and feature those affected.

The report — a series of slides — is available in Spanish here.

*Translator’s note: The so-called ’Ordering Task’  (Tarea ordenamiento) is a collection of measures that includes eliminating the Cuban Convertible Peso (CUC), leaving the Cuban peso as the only national currency; raising prices; raising salaries (but not as much as prices),; opening stores that take payment only in hard currency which must be in the form of specially issued pre-paid debit cards; and other actions throughout the Cuban economy.