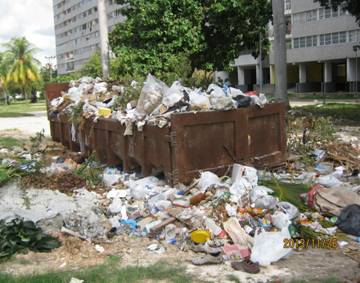 In 2013, and seeming to continue into 2014, a trend developed to test every measure to be implemented through pilot projects in “laboratory” provinces. Everything from the most simple to the most complex has had to go through this process, the only accomplishment of which, essentially, is slowing down a measure’s implementation.

Thus, things that have been more than thoroughly tested over 54 years of failures, such as how any private commerce or service functions better and more efficiently than a national one, have suffered from this absurd transition.

It appears as though our authorities, unaware for years of the real problems in the country and immersed in international matters, are only now discovering these problems and, instead of relying on the Republic’s 56 years of rich experience, have forgotten about it.

All of this, reestablishing itself now after years of prohibition, existed and worked before: public transportation, water and sewage systems, garbage collection, the cleaning of streets, sidewalks and entryways, their maintenance and repair as well as that of the buildings, health and education services, the supply of propane and industrial gas for consumers, electricity and telephone grids, railways, shipping, and others.

Why lose time experimenting with what has already been tested enough? Or is it that someone really believes that this country began on 1 January 1959?

If this continues, becoming ever more absurd, ignoring the solutions to problems that affect the daily lives of the people, such problems will get worse and, although some believe the opposite, it could produce social uproar: the cord can only stretch so far.

It would make sense to let go of the experimentation for more important things, and approve and put into practice all the rest of these trifles without further delay: Cubans would be thankful.

It would also be welcomed if the historical mummies that still hold back change realized that their time is running out and that the real direction of the country’s destiny should be assumed by representatives of the younger generations, better prepared and with fresher minds. I am sure that we would all win.