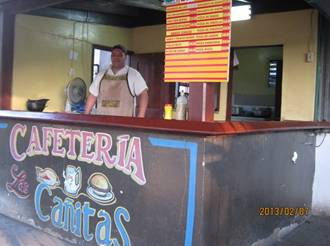 In this first trimester of the year, Cuban citizens and foreigners who have businesses in the country must present their legal declarations of income for 2013 and pay the corresponding taxes. The taxes paid, excessively elevated, vary, and all are directed solely to collecting essential resources for the State.

The ordinary Cuban lacks the culture of paying taxes (as well as others), because before 1959 the only ones who paid taxes were the owners of businesses, land, buildings, vehicle, boats, shops, etc. With the appearance of private labor (what is not called self-employment) they began to establish taxes on labor “to avoid enrichment and control,” and within this straitjacket, its possible to develop far beyond what the authorities consider acceptable.

Most of the current taxes, rather than meant to stimulate productive growth and job creation, work to limit it.

This is not the case, however, with the so-called Mariel Special Zone where, in order to attract foreign investors (but not Cubans, whether inside or outside the country), they have established a special tax regime with great advantages. It is ironic that a government that never tires of talking about defending the sovereignty and independence of the country so grossly discriminates against Cubans.

No one denies the need for taxes as the main financial support of the State, what happens is that taxes, establishing duties of citizens, also establish rights, which the State is obliged to satisfy in full transparency. When citizens pay taxes, they are paying for health care, education, social security and other things, and the State, when it offers these services, is not doing anything special, but simply doing its duty.

Even less does this constitute an “achievement of the Revolution,” as many citizens repeat to the journalists, when they receive care in a hospital, their children study in school, or they collect their pensions. This shows a lack of education about their rights among Cubans.

These exorbitant and differentiated taxes seem most apparent to me on wildly inflated price list for the vehicles now being sold by the State: those who drafted and approved these prices seem to live on another galaxy far from ours. It is our duty to force them to set foot on land.