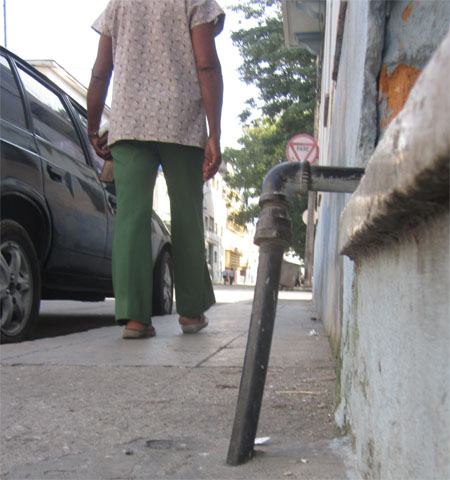 On an imprecise date in the ’70s, a rumba teacher tried to explain to a group of Scandinavians how to move their shoulders. He failed until — with the help of a translator — he said the phrase “What do I care?” while rhythmically moving his shoulders up and down. A young redhead captured the essence better than the rest of the group, and while repeating the phrase in a really funny accent, he said to his colleagues, “Now I look like a Cuban!”

I’ve remembered this scene for more than 30 years and it always produces the same mix of amusement and annoyance. Is laziness an essential part of our nature?

State paternalism, coupled with the deliberate intention to favor obedience over creativity, has favored the installation of citizen indifference as an apparently permanent part of Cuban conduct. “What do I care?” says somebody, while tearing out the steel framework at the base of a high tension power line tower to make a pig pen. “So what?” thinks the guard who sees someone throw over the fence of his business products that never get to people. “Makes no never mind to me,” says a third, without a hint of shame, looking away while a few meters in front of him they insult and trample a Lady in White…

Those who rule Cuba continue to believe that inertia is organized with discipline, order and demands, and they shout from their platforms, fists raised high, without noticing the slight but significant movement in the shoulders of the troops.

That rumba teacher died in Finland where he stayed after abandoning a Folklore group while on a tour of Europe. The redheaded Nordic may be a grandfather by now… and us? We’re here, satisfied as the Cubans we are, proudly displaying our laziness and apathy to the beat of the rumba.