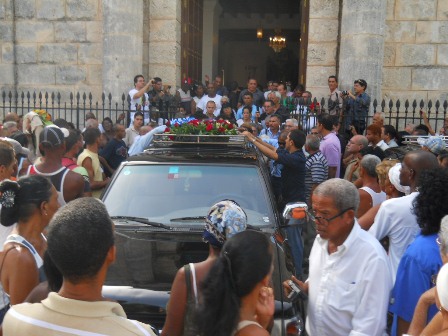 Julio has finished his story of the abduction where his more than 200 pounds became an inanimate object, consisting of an amorphous substance lacking in spatial location, without any perception of a social being, crosses to the other side where the parents of Antonio Rodiles have remained for more than 7 hours without, for a purely human reason, the uniformed ones having deigned to offer them a seat or a glass of water except the kindness of that ambulance placed on front, a symbol of free medical care waiting anticipating a fatal outcome. He reports to them the status of their child and continues his trip home.

Commander Galves looked at me indignantly:

“Do you still have the cynicism to ask us for medical assistance?”

The next morning the doors remained welded shut. Lieutenant Cross, head of the Political Police, said it was a personal order of Castro.