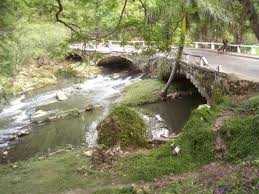 The situation regarding the quality of the drinking water has caused Cubans to take measures to avoid being infected with diseases.

Formerly the rivers were the source of drinking water and the Almendares River served the people via ditch in the street that ran from the river past the fronts of the houses, and people only had to take a bucket and fill it with water and go back inside, and that’s where the name Zanja — ditch — Street came from.

With modernity the rivers began to be contaminated to the extent that no Havana river could be used for drinking water. The factories continue to dump waste into rivers and we continue to lose wildlife. The quality of the water lines is in a worse state every day and the water comes with sand and the smell of sewage.

Boiling water to purify it has another effect as drinking boiled water sickens the kidneys and men’s prostate gland. Putting the bottle of drinking water in the sun and then in the night has been an effective tool, but will not be effective over time.

First without water, and then with contaminated water, nobody cares, nothing happenes, many complain and others remain silent. Doubts rise, no one knows what to do, boil the water, freeze it, or simply nothing, but what can’t be done is to drink the water.