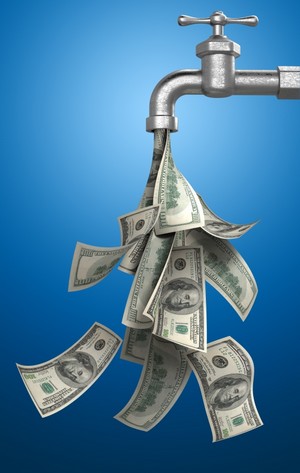 They have gone from being persecuted, insulted and accused of being traitors during the first three decades after the Communist revolution to becoming the main pipeline for the dollars that prop up the regime.

The story of the Cuban diaspora in the last 53 years is marked by verbal lynchings, graffiti and artillery attacks of rocks or rotten eggs on the houses of those who were leaving the country, years in jail for those who tried to leave, and an irate Fidel Castro at a public trial calling them “worms, low-lifes and scum.”

Taking a plane to Florida or setting off on a rustic craft with a sailor’s compass meant unleashing Castro’s implacable fury. During the 1960s would-be emigrés were made to work long hours doing agricultural work before the government would issue them exit visas.

A letter received from or sent to a relative on the other side of the pond would prompt an urgent meeting of the trade union or the party, and the person would be accused of “ideological weakness.” Underprivileged blacks would be intimidated with tales of racism. If they abandoned the fatherland, the Ku Klux Klan and its dogs, trained to eat Negroes, would mercilessly tear them apart.

According to the Castro-controlled media, the first wave of emigrés were bourgeoisie, businessmen, misfits or people who had earned their money taking advantage of the poor. Later they were low-lifes, good-for-nothings, convicts, prostitutes and faggots incapable of becoming examples of the New Man in an “unparalleled society, the threshold of heaven on earth.”

After the fall of the Berlin Wall Cuban professionals and athletes defected the first chance they got. The offensive language has now been shelved, but acts of repudiation have been revived as a weapon against dissidents.

Those who leave Cuba are still written off by the official media. There are no reports or in-depth articles about achievements of Cubans overseas.On the island there was no impact from the two home runs,from both sides of the plate in the same inning, by Kendrys Morales. Of the awards and prizes given to writers and poets in exile, not a word has been published.

As Rubén Martínez Villena said, they are only useful once they are dead. LikeCabrera Infante or Celia Cruz. The nation’s press has not reported on an article written by prominent academics at the University of Florida, whose data and statistics provide evidence of the strength of the Cuban exile community.

When leafing through Juventude Rebelde (Rebel Youth), nowhere will you find any mention that in 2011 the country received more than two billion dollars in remittances. Cuban Americans spent a similar amount during vacation trips to Cuba and in endless purchases of consumer goods for their impoverished relatives.

Radio Rebelde says nothing about a study by the Pew Hispanic Center which reports that the median income for Cubans in the United States over the age of sixteen is $26,478, greater than the estimated $21,488 for the rest of the Hispanic community.

It is undeniable that, thanks to the Refugee Adjustment Act*, members of the Cuban diaspora enjoy privileges that other Latino immigrants do not. But the gains they have achieved are undeniable. They are leaders of important companies, are a force behind Miami’s growth and vitality, and constitute a handful of politicians with Cuban backgrounds. Eleven delegates to the Florida legislature are Cuban.

The official press maintains a low and ambiguous profile with respect to the exile community. Foolish rhetoric would have us believe that people emigrate only to get a car and a well-furnished, air-conditioned apartment. Yes, people leave in order to have decent salaries, satellite antennae and unrestricted access to the internet.

But they also leave the country to be reborn as free men. Hold a plebiscite among the more than two million exiles and, I am quite certain,the results would confirm that a majority do not want to retain the Castros in power.

The regime knows this. It is aware of the danger that closer ties and a loosening of emigration restrictions would pose. The exiles’ economic power and business know-how would put an end to the shoddy workmanship and habitual idleness of Cuban factories. They would become a potential threat to the status quo of the governing class, which now controls all reserves of hard currency.

To the Castros the only thing about emigration that interests them is the money. Exiles can come visit Cuba and spend a lot. Every time they bring in more dollars. But they do not like them too much. There can be no investments in strategic economic sectors. It’s better to keep burdening them with brutal tourism taxes and let them send packages to the island. Castro has no desire to treat emigrés fairly.

They will never allow overseas Cubans to hold political office or vote in elections. It is very difficult to change this mentality. These autocrats have always viewed the diaspora as a time bomb, a bunch of “worms,” a legion of traitors.

When exiles learn how to use their economic power as a weapon, it will force the government to change the outdated dialog and the anachronistic laws. In the meantime, it needs them only to fill the collection box.

*Translator’s note: A U.S. law, passed in 1966 with amendments added later, that allows Cuban refugees to apply for permanent resident status after living in the U.S. for one year.