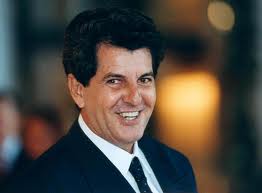 The sacrifice of the precious life of Oswaldo Jose Paya Sardinas and of so many other martyrs that have preceded him in this type of targeted assassination, far from terrorizing me, stimulates me to continue forward in my ministry which cannot exclude the condemnation of this despotic regime.

When I said goodbye to my friend Juan Wilfredo Soto Garcia, beaten to death in May 2011, I was already asking who would be the next victim in one of the posts that I then wrote, and we have buried after him Laura Pollan (October 2011), Wilman Villar Mendoza (January 2012) and now Paya (July 2012).

I am heir to an uncountable multitude of martyrs who preferred dying over refusing to preach or live the liberating faith of Jesus Christ, the same faith that motivated the life and work of the irreplaceable author of Project Varela.  In this sense, as a follower of a Jesus who gave me an example by not shunning the cross, and who asks us to follow him also carrying ours, I do mine, as also Paya did his, his own responding words before the death threats sent by Herod:

But throughout history what tyrannies never seem to learn is what Paya himself had already noticed about tyrants:  Be careful with those you kill, they might spur the people’s yearning for liberty.