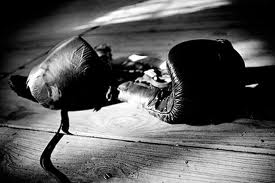 Late last night I learned of the death of Arnaldo Mesa, a former boxer from Holguín province who shone back in the 1980s. The digital Diario de Cuba (Cuba Daily) carried the report and it hit me in the face like a rock. Along with Ángel Espinosa, Manuel Martinez and Ricardo Diaz they formed a fearsome foursome in places where the Cuban amateur boxing showed off their best.

Mesa was technical, aggressive and quick, and he had the punch that everybody avoided. In an edition of the former World Cup, the three (with Espinosa and Martinez) won gold medals for the country and received in exchange for an apartment or the fixing of their homes, nothing more. That and the lack of discipline, the disincentives and precariousness of life in the provinces led to misery. Years later two others emerged: Mario (Mayito) Kindelan, who dazzled the world with speed and Gerardo Doroncelé, who shone with a lesser brightness in the national pre-selection.

Espinosa could be seen until recently in any “kennel” (beer-on-tap stands)fighting to quench his thirst and frustration. Before leaving Cuba I ran into my former neighbor, Manuel Martinez Crespo, jovial, quiet, almost shy boy, but now surrendered to the struggle for looking for a life and for a chance to be able to visit his daughters, living outside the country.

Mesa could be seen until recently outside the Calixto Garcia baseball stadium, looking for alcohol, women, or for the first business available to start the day.Some time ago, Ricardito Diaz drove a Soviet make car (a Moscovich) that he rented out to tourist to drive to any point of the province, but he keeps smiling, surly, also a bit stuck on alcohol,watching the shadows of hisvictories fade away.

Years ago we saw an excellent documentary, Forgotten Glories, by Manuel Benito del Valle and Darsy Ferrer about several Olympic and world medalists who died or are still living in poverty on the island. Far from the applause, medals and awards given at the hands of Fidel Castro himself, Angel Herrera and Sixto Soria, just to mention two, wear the fate of any athlete retired to the provincial life.

Before this reality stands the counterpart of those who remained outside Cuba, or those still inside who took the road of missions of sports collaboration as coaches, officials and technical staff who prepare athletes on some other continent. Mesa’s case is one among many, it’s enough to look around any city to see this glory who was now reselling sundries, renting their car from twenty years ago or crouched, waiting for the opportunity pick up the first coin of the day.