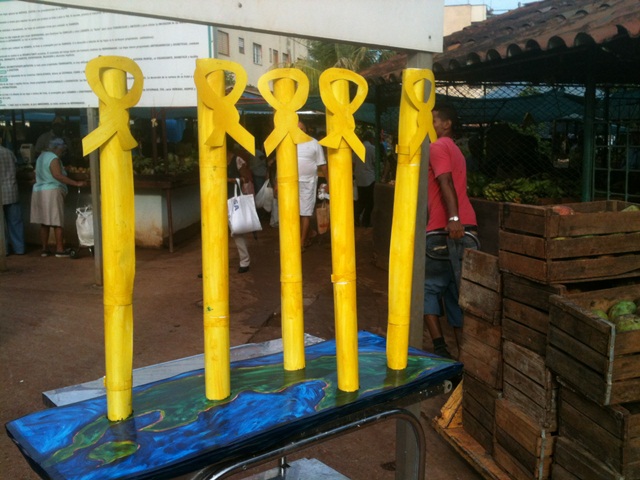 Not one lonely statement from the Cuban intelligence services’ spy recently released from US prison after serving out his sentence regarding political prisoners in Cuba. Nothing regarding Kilo 8, Kilo 9, Boniato…[1]

A guy that calls for a campaign to create the illusion that an entire people expects and demands freedom for his 4 colleagues, could well be a man of peace, with empathy with all who are in prison for political reasons. But, it was not like that.

This is the government’s man. He looks like a carnival puppet, but he’s responsible for his actions for he articulates a message, and that message is always on the government’s side, a government that intends to be there always, without really consulting us. 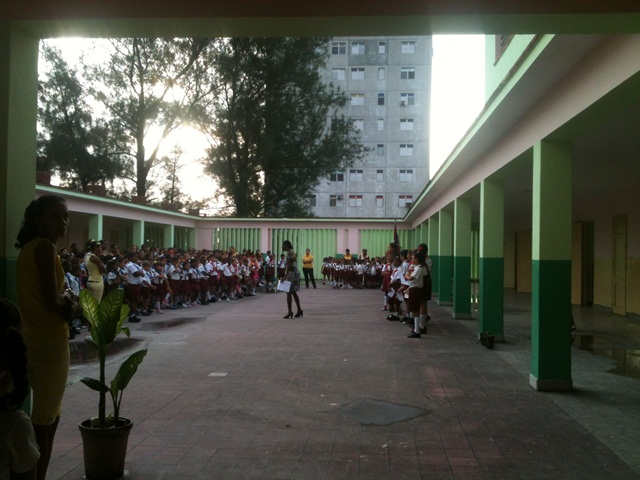 That is why no one should believe that our people have come out to demand the release of 4 spies who tomorrow will ignore their suffering, their hunger, their fear of losing whatever little they have or the nothingness they possess; as does this already released spy, seen in public demonstrations carrying little children. He wants to make believe that this idea of the yellow ribbon was born from civil society, and not the government, as if this human tidal wave that refuses to acknowledge its right to deny itself could also be called a civil society. In slavery there is no power structure.

But, he is there, in that intermediate space. Between the powerless[2] and the State there is the political police, armed to prevent each group from assuming the powers that belong to them. 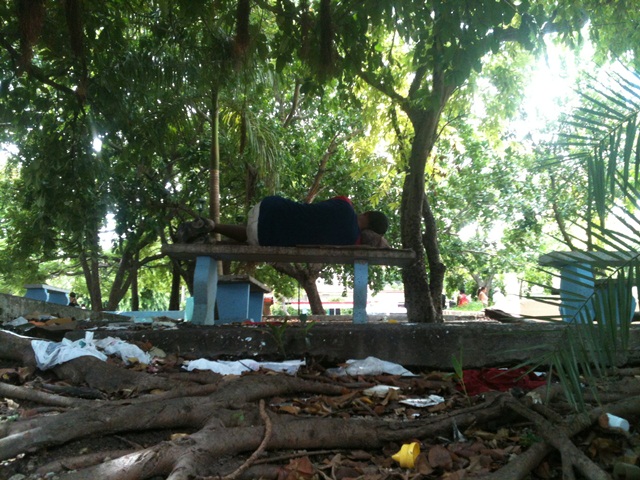 In school, during the morning assembly of children, a teacher admonished “Tell your parents to put a yellow ribbon in you tomorrow.  They are available for two regular[3] pesos at the neighborhood trinket store.”  I saw people in my building who are waiting for a US visa to leave this misery behind (and they think that they are leaving behind the only misery….but, there are miseries that cannot be left behind)…dressed in yellow.

Lastly, looking at the people dressed in yellow or wearing a yellow bow – people who did not have that air of the functionary trying to get ahead, simple people who do not want to know what they are doing – I remembered what I had been reading the previous night to my six-year-old daughter before bed, Platero y Yo (Platero and I).[4] I had taken in this entire quote of Juan Ramon Jimenez’s magnum opus:

“Look, Platero, at the donkeys of Quemado: slow, bent, with their pointed red load of wet sand in which they carry nailed, as if to their hearts, the green rod of the wild olive tree with which they are beaten…”

[1] These are the names of some of the most notorious Cuban prisons where political prisoners are kept in inhumane conditions.

[2] In English in the original text.

[3] As opposed to CUC or “convertible” peso, the other official currency of Cuba, artificially paired to the US dollar.

[4] Children’s book written by Spanish poet, professor and Nobel Prize laureate Juan Ramón Jiménez in 1917.  It narrates the relationship of a boy and his little donkey named Platero. It has remained extremely popular in Latin America and Spain to these days. 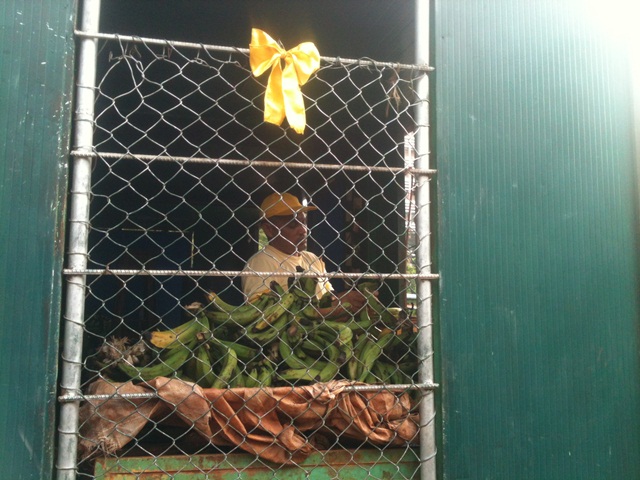