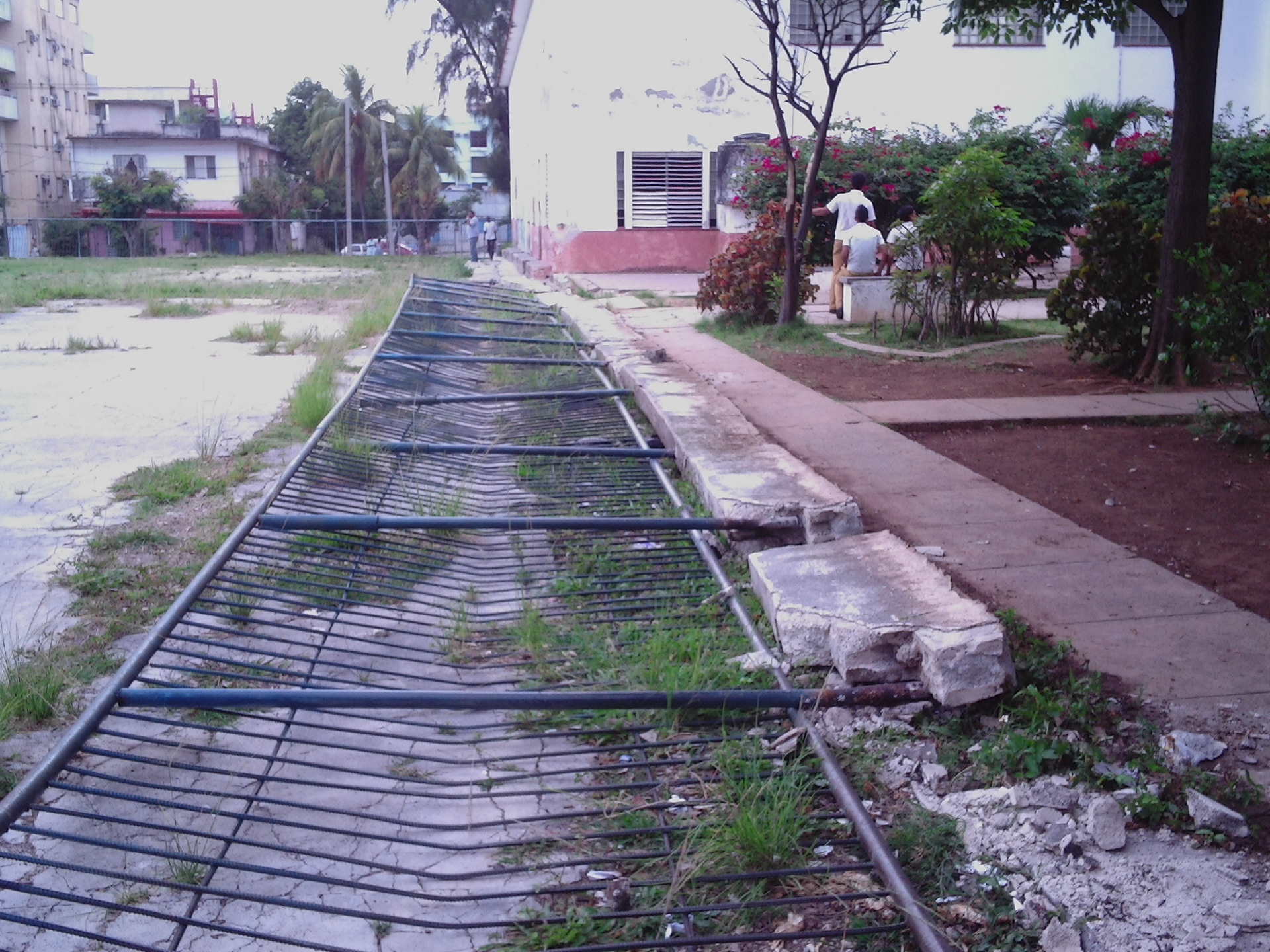 What? It seems backwards? No, no it can’t be: what seems backwards is what I heard a representative of the Municipality say after asking at the primary school for explanations of this event.

Walking to school, a still-upset grandmother told me that the whole wall and the fence around the school had fallen in during the outdoor morning assembly. Making a terrible noise but without any serious injuries, thank God.

It all happened when the children were leaning against the wall to watch the pitcher for the Industriales baseball team who was running in the area next to the school fence.

When I got there I asked a maintenance man to have the brigade inspect the rest of the school because it was built before 1959 and, despite having been remodeled a few years ago, this had happened in the morning.

The representative from the Municipality of Education answered, smiling idiotically, that it had been “an accident, just like when the entire railing collapsed at Saul Delgado high school, and no one fell from the second floor.”

She quickly changed her tone with me when I told her that if they could not take care of “all the schools,” monopolies of conscience, they should admit it and look for a real solution to these problems which are always justified by “lack of resources,” while there are always resources for the eternal political-ideological campaign.

She started yelling at me and telling me that I couldn’t express myself because given my age I had studied “in the process.”

She  terminated the discussion by throwing me out of the school with the argument that it wasn’t the time for the parents to be walking through the institution and she didn’t have to talk to me. It is a concern — and I let her know — that she doesn’t understand that she always has to talk to me because my daughter studies in this school and they were not able to foresee, and prevent, the fall of the wall.