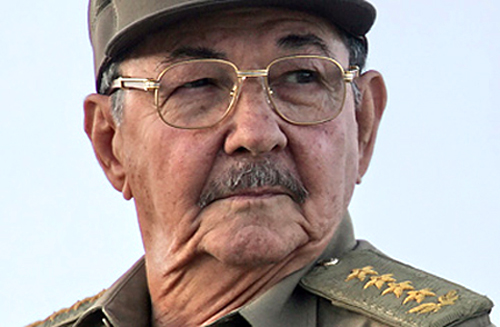 I waited a few days for the media excitement to die down and the headlines to fade over the statements by the General President about immigration policy. I preferred to sniff out the reactions, read between the lines, question, wonder, before developing an article worthy of such a sensitive and core issue. Cuban immigration policy is not just one more issue. It is, in my opinion, one of the cornerstones of the indefensible, a caveman-worthy backwardness that the Island has suffered over the last half century. For those who sidestep the issue and for those who confront it, it becomes a matter of the greatest interest to Cubans on whatever shore.

So, to know that Raul Castro is immersed in reviews about how Cubans enter and leave their country; to hear it affirmed that certain practices that have unnecessarily endured over tie will be modified; and to suspect they are preparing the ground for the return of “other” exiles, seemed to me — and now, at a distance of some days, still seems to me — some of the most important news that has come out of Cuba in a long time. And I’m not one for handing out swift hurrahs.

Why does this announcement seem important to me? First, because I can’t imagine that another update could inject itself into Cuban immigration policy to make it more viable, more likely, that they wouldn’t eliminate the Jurassic “white card” (exit permit) that has cost Cuba politically so much over the decades.

And second, because every time I now hear “simple economic migrants” could return to Cuba any time they wanted, the affirmation of the General President that almost all preserve their love for their family and for their country, it only leads me to one conclusion: to eliminate the prohibition that weighs over hundreds of thousands of exiles, because they escaped on a raft, or because they don’t sympathize politically with the regime, they have been deprived of the right to visit their family.

And if this finally happens, if agonizing and trembling, they eliminate much of these unjustifiable barriers to entry and exit, I think the government of the Island would pose a new scenario worthy of attention, at least on the part of honest critics. I discount in advance those on both sides who fatten their pockets on the conflict; those who make political hay from the alienation; and those whose brains boil with hatred that prevents them from looking at events through the right lens.

Even if at a glacial pace, has there been movement in the country in the last five years or not, the five years of the younger brother’s mandate? I’m not exaggerating when I say that it’s three times that of what the firstborn allowed.

For me, to vaporize prohibitions that never should have existed, such as those concerning cell phones, DVDs, Cubans being able to enter hotels; to begin to decentralize the economy (with more setbacks than successes, with more stumbles than firm steps, but at least with a philosophy that embraces anti-statism); to accept publicly and clearly that the number one enemy of the country is not “the Empire that blockades us,” but corruption, inefficiency, and the illegalities entrenched in society;and above all: to empty the prisons of the considerable number of political prisoners who, after we checked, were not really exiles (those who demanded to remain in their country); are, for me, reasonable evidence that Cuba is moving. That the floor is shifting, becoming more nuanced, giving birth to a perspective that didn’t exist until recently, and that, whether we like it or not, accept the obvious or not, is the pragmatic younger brother reaching out a hand.

If, then, a new horizon appears, I think the table is set to ask ourselves: Is Raul Castro placing his bets on this side of the network? Are we looking at a picture that is usable, necessary, useful, or should we ignore it because we are done with deceptive illusions?

Personally, I don’t think there is an overly altruistic will behind these reforms. A country bled by hunger, by the restrictions, by tax practices, by stifling bureaucracy, is not the work of chance or of the embargo: it is the result of mismanagement that has lasted for over five decades. And Raul knows it. And he also knows, that if in some way he tries to contain, delay or prevent the thunderous collapse of a model introduced with blood and fire, it’s necessary to grease the wheels. To “de-ideologize” the workings of a country where even the orgasms have socialist spasms.

Far from the idyllic epics of Fidel Castro; possessor of a well-known pragmatism, and perhaps more given to the efficiency than the caudillo who, instead of dedicating his hours to thinking about how to make the country more habitable, employed them in Guinness Book of Records speeches, Raul Castro has started to drop the dead weight.

And because of this, following the same logic, it seems to me that the disappearance of the cynical and sinister Exit Permit, together with the possibility of return for many who until now could not do so, are more than reasonable: they are imminent measures.

Will the ailing Cuban economy miss the 150 CUC cost of each “white card,” as the exit permit is known? Earlier we formulated another question: Why are Cubans “left” in other countries? Simple: Because of the complexity of traveling to Cuba is such that you never know if you can do it again. With every Cuban who works a few months in the Netherlands, Chile or Ecuador, and does not return to the Island, the national economy loses important influxes of foreign capital. But I am sure that a huge percentage of those permanent emigrants will return to their country, if they could travel when and as often as they liked. The economic input that would be received by this concept, would pulverize the loss of the 150 convertible pesos for the white card.

No, this is not the traditional discourse. Hand in hand with the pressing needs, spurred by the subsistence of the model, by too many distant causes of the breath of real democracy, but the truth is that Raul Castro is speaking a language that, if we strip it of its poor diction and its military tones, pushes us directly to a reasoning: it is the time for the fusion of ideas, not of negligence. It is the time of St.Thomas, not of Aristotle or Saint Augustine. It is the time of Jose Marti, not of Mario Diaz-Balart.

So I think it’s worth it to take a good look, shake out the cobwebs, if we really want to push the wall, to hasten the end of a story that has cost too many tears, too much blood, too much resentment, if we look closely it could be about to sink.

It is not the first time I sense, following Raul’s reforms, a relatively certain interest in returning to the country fragments of a hidden freedom, both in its economy and its idiosyncrasy. But it is the first time I suspect that through the hieroglyphics with which Raul has written his story in such a hurry, we can decipher better omens for a future without too much of the tendencies of the present.