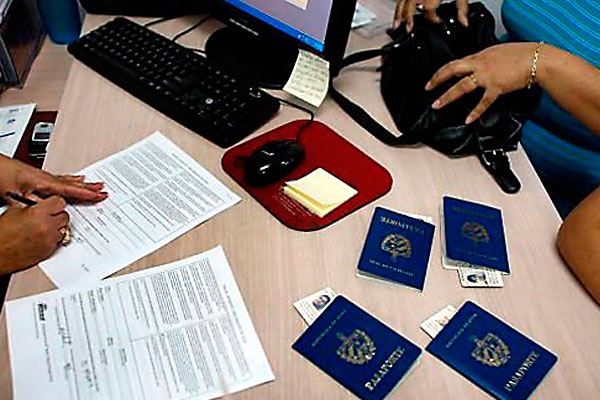 With respect to Cuban immigration policy, Raul Castro, Head of State and Government, in his speech at the seventh ordinary session of the Seventh Legislature of the National Assembly, on August 2, said he evaluated a number of measures that would reduce prohibitions and regulations.

The Cuban Communist Party in its Guideline No. 244 adopted by the Sixth Congress, committed to studying a policy that would facilitate Cubans living in the country in traveling abroad as tourists.

The fact does not imply the elimination of the permission required to enter or leave the country. It simply refers to the possibility of eliminating the Letter of Invitation, a procedure required for Cubans seeking to leave the country for particular matters.

The head of the Cuban state also said that they were working on updating the current immigration policy and on the reformulation and development of a set of rules governing this area, subject to the conditions of the present and foreseeable future.

However, he did not mention anything in particular about the entry and exit permits. Of course, he warned that the policy of easing migration, including reasonable countermeasures to preserve the human capital created by the Revolution, from theft of talent.

In the last session of 2011 he reaffirmed his approach to the first parliamentary meeting, but admitted he would proceed calmly. Who knew? The fate of a revolution that has endured over 50 years, depending on future immigration reform.

Meanwhile, thousands of Cubans living abroad ask about the motives of the government for keeping them off the island. On the website of the Centre for Legal Information — “Cubalex” — one can find some of these questions and analysis from the legal viewpoint, of a part of immigration policy in force in Cuba.