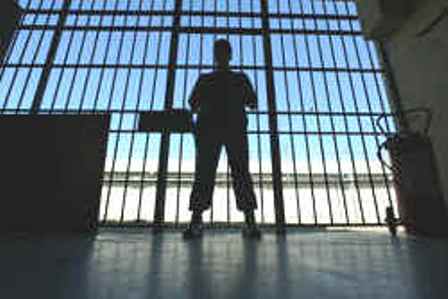 Raul Rodriguez Soto serves his sentence in the Prison of Guanajay. Although, according to relatives, the evidence was insufficient to confirm his guilt, Raul has already served seven years of a thirty year sentence, which was imposed for the crime of human trafficking.

The head of the Prison, named Joaquin Darias, forces the inmate to wear the uniform. Even if the inmate is suffering from contact dermatitis, from the dye in the clothing. As a result of this arbitrariness he has infected sores, a situation exacerbated by his status as an insulin-dependent diabetic without treatment.

The prison doctor said that the inmate can only wear white cotton. But “The boss is the boss,” he said. When the inmate refuses to wear the uniform they don’t allow him to have any visitors, his only motivation in captivity.

Rodriguez Soto, 44, who used to reside in the U.S., has two herniated discs with affecting his urinary voiding. Because of diabetes his teeth are falling out and glaucoma is progressing rapidly. Their illnesses, treated by the prison doctors themselves, do not receive appropriate medical treatment. He is also paranoid schizophrenic with bipolar disorder since childhood, without psychiatric care.

“Already while serving his sentence, he once tried to hang himself and another wrapped himself in a burning mattress,” said his wife.

Raul Rodriguez Soto does not meet the Castro parameters to be pardoned. Meanwhile, he has to endure the excesses commanded by the head of the prison. The military prosecutor is aware of what happened to him, but still hasn’t ruled on it.

According to prison rules a prisoner is entitled to receive adequate medical care, and the requirement to wear the regulation uniform applies only if it does not affect his health and dignity. However, this regulation appears to be an almost secret dead letter. Even for the officials themselves who fail to comply.