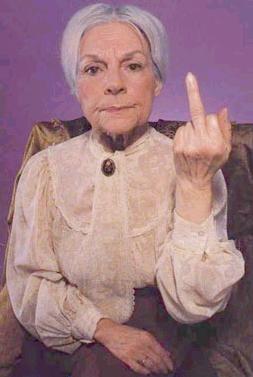 I clarify this is pre-mortem, because the Spiritualist Congress here is not going to believe that it is my ectoplasm who speaks for me. And as for post-mortem, I don’t believe in it, the only post I give credit to is coming from my keyboard.

The cathartic need to express an opinion, at first led me to write steadily at a rate of two, three or even four weekly postings. I thought about everything, and consciously, although diffuse, fixed a position, which does not necessarily have to be aligned with anyone, so I had (I have) affinities and disagreements with friends and strangers, officials and dissidents.

When the heady sense of freedom derived from expressing an opinion or connecting to the Internet ceased to cause me anxiety and insomnia, I lowered the crest of that wave with the desire to compare views with real people, whether or not they had a (better) way of thinking like me.

My long-time readers will remember the opinions in the form of the posts I dedicated to responding to the blog La Joven Cuba (Cuban Youth), an experience that more than once made me “get serious” and pull our my History, its sister Philosophy and its cousin Ethics. I stopped commenting there when I realized that the young people from Matanzas were not interested in an open-door exchange with someone with a different position.

After complaining and suggesting rules of behavior; not wanting to use censorship, unable to use moderation, and unable to interact with the opinionated, I stopped having expectations about the comments area of the blog as a space for debate.

I thought to find in Estado de Sats that physical space, but this being our society where freedom of expression it so restricted, Estado de Sats proved to be sufficiently transgressive as to merit a warning (prohibition?) for anyone with a governmental affiliation.

In Jueves de Temas* (Thursday Topics) they identify opinion trends, people committed to the future of Cuba, but the selection of the panel, having to ask to permission to speak before listening to the guests, and the two hours allotted, don’t allow any possibility of “hot” debate.

And I’m not usually a good speaker, so I return to the blog. I also use Twitter, this tool so valuable in our state of non-communication, only to try to supplement what you are doing now, with what is happening now.

I feel so comfortable with my blog what I visualize myself older (that is, as a little old lady) writing about recipes, or the grandchildren, although it will be difficult not to write about everything — especially — to speak about the evils of the government of the time.

*Translator’s note: “Thursday Topics” was a discussion space in the officially sanctioned Cuban culture organization La Jiribilla, but it was cancelled in 2012.