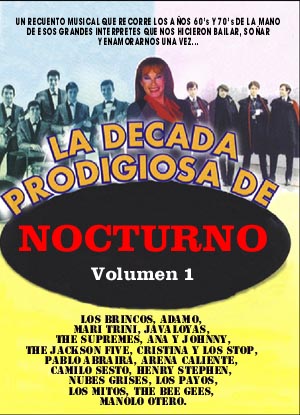 It’s Wednesday night and from a nearby radio I hear the theme song of Nocturno, the old Radio Progreso program which on this day of the week is devoted to the music of the prodigious decade (the ’60s and ’70s). The Spanish group Los Mitos with their pipi pipi pipi (It’s Very Easy) burst my sound space and take me back to my childhood, when not being old enough to enjoy this music, I copied the tastes and preferences of my older sister who was already a young woman and did enjoy it.

A neighbor yells to another that the water’s on, my children no longer fight over the remote control, but the World Baseball Classic is about to start and Rafa, my husband, who is a fan — well addicted, actually — to the news, is watching Telesur non-stop. It’s been a long time since I listened to the radio, because there’s nothing like the perfect and indissoluble marriage of image and sound.

Other voices come from the passage next to my house. A dog barks, someone hits it and it squeals, another neighbor passes under my window fighting with her two-year-old daughter, and the drunk from the block is having his night of fame giving “a concert” in which he spews flowers — obscenities — from his mouth as if he were the noon loudspeaker. I also hear some of the information broadcast by Telesur, including that from now on, in speaking of Latin America, we will have to refer to before and after Chavez.

Such an historical inflection makes me think of the Cuban ex-president, Raul Castro’s brother, who both sparked and supported — although I have no evidence I assume he also had patronage — a Latin American guerrilla movement against the United States. I’ve always felt that in his actions, and even more in what he said, he paraphrased a thought of Jose Marti: “All the glory of the world is contained in me.“

So it was his tenure, history, and his different work teams, offering praise, grandstanding and mystique in that guerrilla sack and fabricating a myth. I think the comment by Telesur doesn’t do him any favors, because although Hugo Chavez was his political partner, the zeal for his image has been a constant, especially since his involuntary retirement.

He will invent something, be it a campaign, a new book, or some other trick, but surely it will more of the same from recent years, as he doesn’t have the time or health to return to his old ways.

My reflections were long and took me to the recent Cuban vote — that the official spokespeople call elections — when a Telesur reporter approached Fidel Castro after he voted and asked his opinion about the current changes in Cuba. He responded with a parody of his former energy — a genius and figure to his grave: “What changes? Here the changes were made in 1959, with the Triumph of the Revolution,” which silenced his interlocutor.

I laugh at myself because I can’t focus my attention, rather I look like a receiving antenna of all information around me, an inverted oscillating fan that instead of blowing air tries to receive the breeze from its environment.

I shake off the abstraction of my thoughts and return to Wednesday night when the melody “Your Eyes,” by the Spanish duo Juan and Junior comes on, missing for years from the radio; it tells me with its note that for the time being we’ve reached the end. “Almost as grey as the sea in winterrrrrrrrr….“