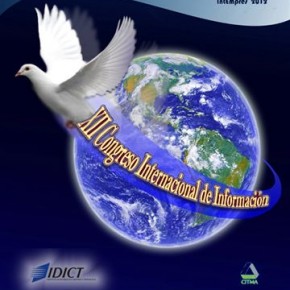 No one would take it seriously if there were an international conference on the dangers of a poorly balanced diet or a convention of gourmets if the site were Zimbabwe. The problems of one of the poorest countries in the world would be the antithesis of the hypothetical conclave.

Less dramatic, but equally contradictory, is the 12th International Information Congress, Info 2012, recently held in the Convention Center in Havana with delegates from some twenty countries.

Covering the Congress, the Cuban media reported on Workshops on scientific publications, the editorial quality and visibility of science; and on information literacy and the importance of information technology in library science.

The date coincided with the closing of the Havana Congress, the Inter American Press Association met in Cadiz this weekend. And although the safety of journalists in Honduras, Colombia and Mexico were covered in the discussions, the issue of Cuba, shone. Conspicuous by its absence was a Cuban delegation, once again, for half a century, and although the organization of journalists has become increasingly democratic, the official Cuban press is reactionary. To speak about representation from the independent press would be science fiction. This absence of Cuba makes it the center of debates on press freedom and the right of every citizen to be objectively informed.

Oh! I forgot. Conclaves almost always prepare a final statement. Would it not be appropriate that at the 12th International Congress on Information, Info 2012, the Cuban delegation might ask for a clarification regarding the absence of the fiber optic cable coming from Venezuela?