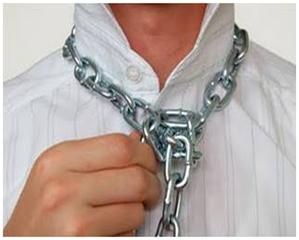 The announcement of the liberation of 52 political prisoners was described by some as “great news”, while others received it with caution and even suspicion. However, the legal grounds for the release, an event considered to be the most significant of its type in a long time, remained unclear.

It would be incorrect to speak of liberation until the government has formally endorsed the release. Without this, the prisoners’ departure from the country would be the result of a coercion. In other words, we would be looking at an act of exile.

Let us take the procedural status of the released prisoners as a starting point in order to understand the issue at hand. Neither a furlough nor a parole would dismiss their criminal responsibility. In this sense, it would be helpful to envisage the risks of lifting their sentence, with their being out of prison but still within the country. The smallest risk is that they might be returned back to jail under some pretext.

From this point of view, it is not hard to understand why the relatives of the political prisoners preferred to leave the country. According to the statement of the Archbishop of Havana, the earlier suggestions made by the prisoners’ relatives to cardinal Jaime Ortega were taken into account during the release process. What remains doubtful, though, is whether the proposal truly originated from the relatives.

Let us think like the government for a moment without entering into details about the ranking of the priorities of its motives: A hostile international environment from an economic perspective because of the financial crisis and political isolation due to the international pressure demanding the liberation of the prisoners of conscience and respect for human rights within the island.

The act itself serves it well considering the internal situation, which grows more troubled every day because of the precarious economic development. Women dressed in white marching silently through the streets with gladioli in their hands, enduring insults and humiliations, demanding the release of their husbands and sons is not a conduct conforming with the model of social behaviour desired by the government.

Let us add that the prisoners’ release and their definitive, that is permanent, departure from the country together with their relatives would relieve the government from the presence of the group of women, called The Ladies in White. These women rejected the opportunity to convert their group into a civil movement when they distanced themselves from the “Damas de Apoyo” (The Ladies of Support). After the release of the prisoners the reason for the existence of their group will be gone.

Furthermore, the government would not be pleased if people approved of a group of citizens or families that had confronted it, managed to hold out against it and could walk free to tell the story. To put pressure on them in order to make them leave the country is the most convenient measure.