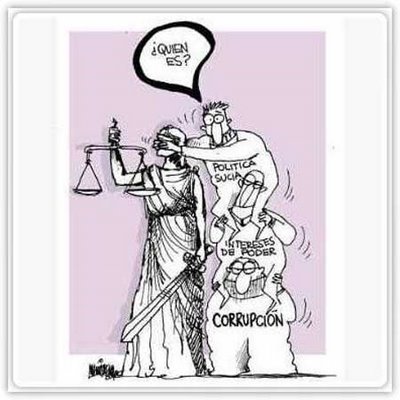 There are certain Cuban laws that, from the looks if it, have a quality as native as it is original. A peculiarity so ours, it even takes us back to the rebel periods, when it was necessary to send subversive messages in absolute confidentiality. It is all about the laws that seem to have been written with lemon juice: at first sight, they are impossible to read. Nobody can affirm they have ever been stated. Perhaps, because in order to do so, it is necessary to add some warmth.

With lemon juice was written the law that forces doctors, nurses, x-ray technicians, dentists, or lab workers, to stay in Cuba for five years after requesting permission to leave the country. That wide population sector associated with the Health Department knows the process very well: after requesting permission to leave, you must prepare a piece of wood, just like ship crews, to mark off one by one, the 1,825 days (some more, some less) that await you before their immigration process takes effect.

Who, as naïve or uninformed they may be, doesn’t know that today in Cuba, this is already a ritual practice, from which families are planned and couples’ ties are destroyed? However, has anybody ever seen the written law, the official ordinance that justifies it?

With lemon juice is written the law that prohibits all Cubans to contract for the same internet services available to foreigners residing in the island. The ordinance that justifies on rational grounds (or really, what are laws then?) why a foreigner that lives in my country can pay 80 convertible pesos for 60 hours of internet at their house, and a Cuban born here who has the same amount of money in their pocket can’t. Nobody has been able to verify this law and yet, has anybody doubted its power?

If the agent, official, or enthusiast knew anything about the power that stopped and questioned, right in the street, the authors of the documentary Que me pongan en la lista (Put me on the list), they may not have seen these deeds but they don’t doubt their existence. Although  the critics are notoriously scarce in our grocery stores, there will always be reservists to write these laws.

Because, yes: someone who, I repeat, seems to belong to a sector empowered to impose “order” and ask for identification, without even wearing a uniform, had done very well by the youngsters from the Instituto Superior de Arte who, camera in hand, went out to the streets of Havana asking what their fellow citizens thought about the function of the Committees for the Defense of the Revolution (Comites de Defensa de la Revolucion, CDR). The incident was reflected in the work Que me pongan en la lista (Put me on the list), a documentary that recently won prizes in various Cuban audiovisual contests. The energetic compañero forgot that just because the camera has been lowered from the shoulder, it hasn’t stopped recording.

At the moment of informing them, in all honesty, in a very threatening, unbalanced tone of voice, that they were not authorized to be asking those kinds of questions, one of the filmmakers had the initiative to investigate the law that prohibited them from doing it. The answer was without a doubt delicious for its denigration: “Don’t come to me talking about laws, don’t talk to me about laws because if you do we’ll end up on other matters…”

Yes, this one was knowledgeable. This one knew that a legal basis exists. But to be able to see it, warmth needed to be applied to it.

I think also written with lemon was the modern exile that is tactically practiced today in Cuba. The algorithm is somewhat like this: A professional leaves to go work outside of his country. In the bellicose vocabulary of my island, this is known as “serving on a mission.” They leave to work: as physiotherapists, surgeons, or English professors. There they meet the woman of their dreams, or the country that best satisfies their desires. There, they decide to drop the anchor. Alright: they’re automatically marked with the Scarlet Letter of “deserters” for whom the doors of the tropical castle are forever closed. An invisible law dictates it.

I speak almost by personal experience: someone very close to me lost her father last New Year’s Eve. She has lived in Jamaica for six years without being able to come back into Cuba. This time, not even the International Red Cross was able to assist her in attending her own father’s burial.

Too much darkness, too much invisibility. What I have mentioned are only a handful among the hundreds that today condition our reality. I want to believe that they are verifiable, well founded laws, but I find myself incapable of declaring faith in these matters: I need to see them. I need to prove they exist. I am not afraid to be labeled as ignorant just like the ones who kept quiet before the King’s nudity, without daring to tell Their Majesty that the tailor had fooled him: he was naked. No, I will bear that stigma if necessary.

It’s already time that they respect a little our right to be governed by the laws that we can look at, touch, and above all, confront. Let them use the lemon for that most Cuban dish, red bean soup (many homes in our country will appreciate that) and write our laws with ink made up of honesty.

To comment on this article please visit:
Ernesto’s Blog: The Little Brother.