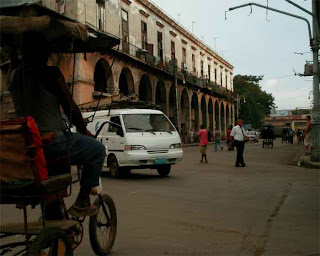 Working for the state is an ordeal: the wages are not nearly enough, productivity is zero, accountability is chaotic and worst of all you have to put up with the torpid meetings of a union which represents anyone but the worker. There are, however, those who have accepted all these conditions stoically and have endured years and years of state control in their jobs. It is not masochism that ties them to the apron strings of the state bureaucracy, but rather the little faith that a private investment will see them into their old age.

This isn’t the first time the government has decided — with a rope around its neck — to allow citizen initiative to sustain the national economy. We already saw, in the nineties, the emergence of private restaurants — los paladares — B&Bs, taxis, and little jobs in food service and household help. Today there is little left of that explosion of the self-employed. That is the problem: for how long will they let you keep your business?

To launch a restaurant, rent a room, or sell pizzas is not a short-term investment. People want to see the fruits of their efforts but the likelihood that the bureaucracy will, one day, knock on your door to take away all your permits has cycled through the history of the Revolution. I have a friend who had been operating a fairly popular restaurant for two years, when one afternoon an inspector came and took her papers to “verify them.” She is still waiting for them to be returned and in the meantime she cannot open the doors of her restaurant. She has received no explanation. She committed no crime.