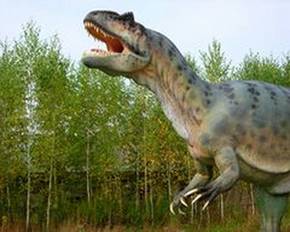 I live on a planet called Cuba. I belong to a species that almost became in extinct here in the 1980s. In later years I became, like many of my species, a “protected specimen.”

But in this nature reserve we do not all enjoy the same privileges. There are specimens with much more flexibility in their necks and knees who enjoy greater protection.

I, like many, am a mere number in this great park. But rather than that being a disadvantage, this gives us a certain level of protection, allowing for “small freedoms,” which we realize we must exercise with caution. However, there are others — the more “notorious” ones —  who are not allowed them, though they enjoy other, greater advantages.

During the above-mentioned decade there was exhibition of the plastic arts* that lasted only twenty-fours hours and ended like “the party at Guatao.”** Because of a huge confrontation between the public and officials over the artworks on display, the exhibition was shut down, sparking the subsequent exodus of participating artists as well as the imposition of disciplinary measures on its organizers, which left a great void in this artistic field.

Since then, certain people with some power and comparatively open minds decided to “protect” plastic artists lest they disappear entirely. It was then that we became part of this great Jurassic Park, of which I am fortunate to be a member. We are “independent artists”… until someone takes it upon himself to declare otherwise.

*Translator’s note: Art forms which involve physical manipulation of artistic media such as clay by moulding or modeling. Examples include sculpture and ceramics.

**A Cuban expression meaning an otherwise successful event that ends badly or in violence.