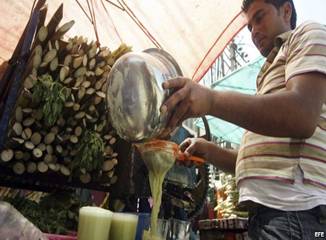 When the “update of the model” was announced a few years ago, it was seen by many as a possible though certainly very limited way to slowly stimulate the country’s stalled economy. The first disappointment came with an absurd list of medieval-era professions in which self-employed workers were allowed to engage. The most optimistic observers felt this was only the beginning and that more options would be added later. Since nothing was said about regulating the exercise of these professions, it was thought that more information would be forthcoming. Some even more optimistic observers dreamed that authorization would later be extended to small and medium-sized businesses.

After a few years and the addition of only a few more medieval-era professions, regulations and stipulations began to be established. By then even some less bright citizens began to realize that the “update” was nothing more than a shell game, a stalling tactic not unlike that of “blind man’s bluff.”

Let us remember that slavery was replaced with feudalism, which represented an advance in economic productivity. It later gave way to capitalism, which constituted an even greater advancement by introducing new means and methods of production. Karl Marx, whose work is considered the pillar of socialism and communism, argued that socialism would be superior to capitalism and would advance the engines of productivity even further, fulfilling the ever growing needs of humanity until true communism was ultimately achieved. Lenin later altered and co-opted this theory to make it conform to circumstances in Russia and provide it with a theoretical and allegedly scientific basis. What later came of all this theory and practice is all too well-known.

Nevertheless, it makes no sense for Cuban authorities, who call themselves socialists, to impose medieval methodologies and practices on self-employed workers. To expect  artisan craftsmen to be able to supply the private marketplace in the 21st century without also allowing small and medium-sized business access to industrial production constitutes a mistake of major proportions, or at the very least a serious misunderstanding of how material goods are produced in today’s world.

Cuba and Cubans are familiar with capitalism with all its pluses and minuses, though more so with the former than the latter. We are familiar with socialism too, though in this case with more of its minuses than pluses. Trying to impose medieval methodologies and practices on the output of the self-employed (they dare not call them private sector workers) is a ridiculous political and economic policy. Those who think and act in this way are doing nothing more than demonstrating their by now well-known inability to resolve Cuba’s problems.