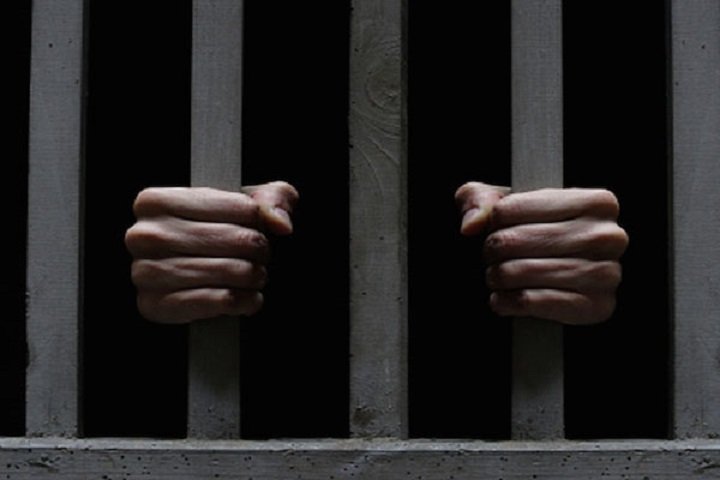 Luis Cino Álvarez, Cubanet, Havana,  5 November 2018 —  The temper tantrum and bunkhouse scene put on recently by Castroism’s anti-diplomats, who grew indignant that the issue of political prisoners in Cuba was brought up at the United Nations, brought to mind a case of which I learned a few days ago via an inmate of Guanajay prison, of a young ex-officer of the Interior Ministry (MININT) who also is confined there, serving a 25-year sentence in terrible conditions.

His name is Jorge Frank Iglesias Fernández. He is 29 years old and was a lieutenant in State Security until February 2015, when he was detained and tried for “espionage.”

Iglesias Fernández refused to commit what he considered to be an injustice, giving warning of the imminent arrest of a Cuban American woman and a North American man who were visiting Cuba and whom State Security were investigating for presumed “counter-revolutionary activities.”

The authorities also linked to the case the ex-lieutenant’s brother, Víctor Eduardo Iglesias Fernández, 18, and sentenced him to five years in jail – which sentence was later commuted to “limited freedom,” with the added requirement to periodically appear before the enforcement judge.

After being detained for a year at Villa Marista, the head barracks of State Security, where he was subjected to continuous interrogations and enclosed in a cell measuring 3×2 meters, Jorge Frank Iglesias was sent to the maximum security area of Guanajay prison, in Artemisa. They have been holding him there in solitary confinement for almost the last two years. He has no phone privileges. His parents can visit him once a month, for two hours, and always in the presence of a guard.

My source tells me that in Iglesias Fernández’ cell, the guards have not turned off the lights for even one minute since his confinement. This continuous exposure to light has affected his eyesight and he suffers from frequent and intense headaches. When for such reasons they have had to transport him to the prison hospital at Combinado del Este, he has been taken in handcuffs and in the custody of an impressive team of armed guards.

I supposed that in any other country, a crime such as that committed by ex-lieutenant Iglesias Fernández – whom it would be a stretch to classify as a spy, being that he never was recruited by the North Americans – would be punished, as well, but not with such despicable and inhumane viciousness.

Could it be for cases such as this that the regime’s anti-diplomats refuse to speak about political prisoners?

The Cuban government refuses to admit that there are political prisoners in Cuba, and even less, prisoners of conscience. And don’t even mention the conditions of their confinement. The official spokespersons, when they deign to speak of the matter, provide assurances that these prisoners are convicted of crimes referred to in the Cuban criminal code – especially violent criminals, hijackers of planes and ships who had the good fortune to not serve as a lesson by being executed, or various ex-military personnel or intelligence agents convicted of espionage or revealing “state secrets” (which would be the case of  Jorge Iglesias Fernández).

This in a country where a state secret can be how many bushels of plantains were lost in Alquízar, or of tomatoes in Consolación del Sur, because of there being no trucks or fuel to collect the harvest in time.

It would be fitting, so as to evade international pressures, for the governmental cheerleaders to keep in mind the hundreds of peace-loving individuals who, in a country governed by moderately normal and just laws, would not be in prison but in Cuba are locked away, in terrifying conditions, for legal aberrations in the Cuban penal code that are frequently applied against dissidents, such as “contempt,” “disobedience,” and “pre-criminal dangerousness.”