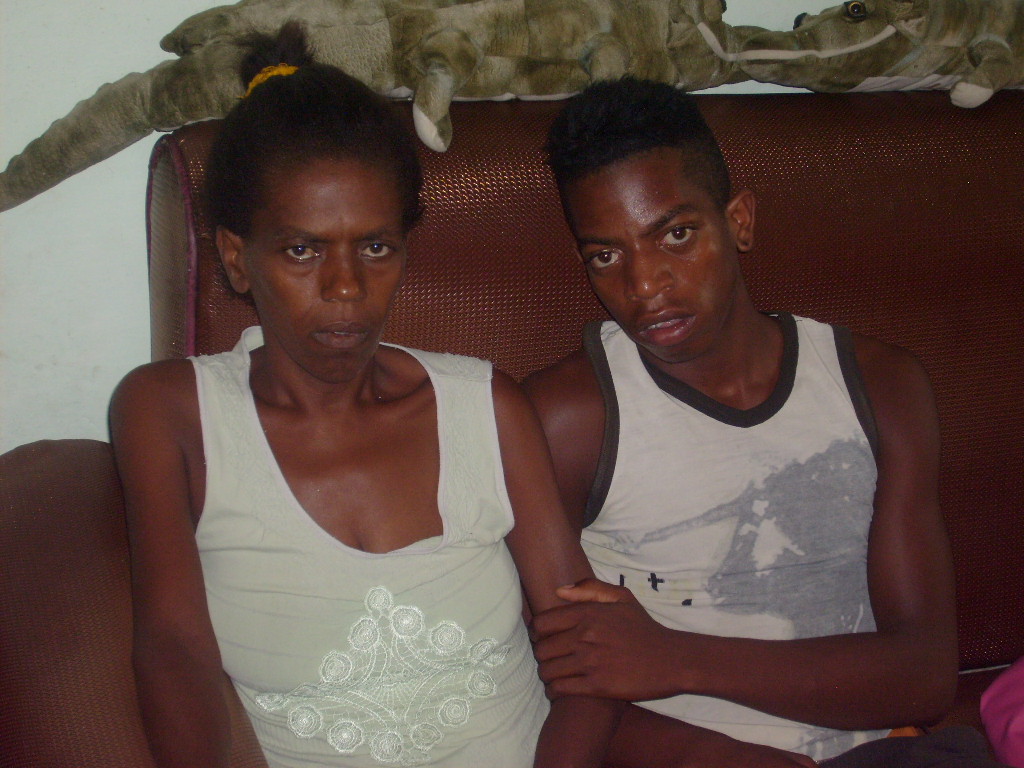 Raiza Medina claims justice for the death of her son Ángel Izquierdo Medina, a black teenager of 14, who died this last July 15, after having been shot by a retired police official.

According to Ismael Suarez Herc, 17, eyewitness of the events and he victim’s cousin, who was climbing a mamoncillo tree when Amado Interian, alias “el Pinto,” an ex-police official, fired his 45 caliber revolver. He reached for his left buttock. The teenager was still breathing when he fell. Minutes later he died.

The news affected the capital town of Mantilla, Arroyo Naranjo. Hundreds of people gathered outside the clinic in the town where the teenager’s body was first taken, and in chorus shouted “murderer.” Forensic medicine certified the cause of death as acute anemia.

At the wake, in the Mauline funeral home, over 400 people attended. The funeral was held in the afternoon the next day, at the Colon cemetery. State Security troops, in civilian clothes, were in the farewell to Izquierdo Medina. Although protests were reported, no arrests were made.

The farm where the incident occurred is located in Las Lajas, Mantilla, a neighborhood on the edge of the Arroyo Naranjo municipality, in Havana. It has a predominantly black, low income population with a high dangerousness index. Suarez Herce affirms that they crossed through there to take a dip in the Abelardo dam, in Calvario.

Interian, was head of the police sector in various localities of Arroyo Naranjo, the poorest and most violent municipality in Havana. Neighbors and relatives of the victim described him as an angry man with a short fuse.

They say he killed two people and caused several injuries with his weapon. An unofficial source told Raiza, Medina Izquierdo’s mother, that a man, approximately 60, said he acted in self defense.

As of now his whereabouts are unknown. Witnesses said he was detained by police. However, some in the area say he ran away and others that he hung himself. The authorities have given no details.

Relatives and neighbors of the victim suspect the police are looking for excuses not to prosecute him, and they are demanding justice for the death of Angel Izquierdo Medina, that it not go unpunished.