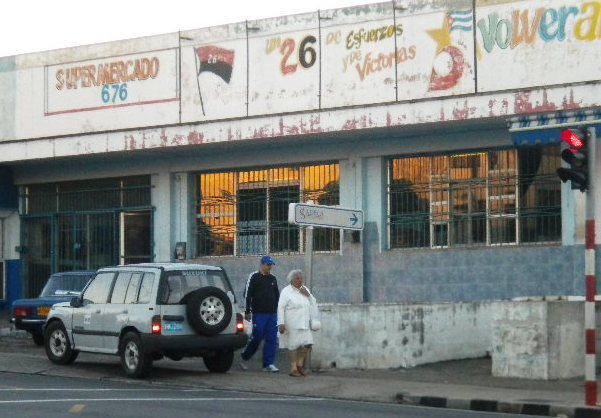 I decided not to write about the celebration of the event for the 26th of July. Last year’s post would be perfect to narrate the essence of what happened yesterday in Ciego de Avila. These celebrations and the supposed competition of the provinces to be the site of them, have been converted into mere formalities. Formalities full of hollow figures, because if simply search your memory you can remember the speech for the occasion, a long list of achievements of all the provinces, as all at some time have been the site of event of yesterday, some provinces several times; figures that, if true, should have brought a better economic outlook in the country, and we know the sorry state in which the Cuban economy finds itself.

It’s not a bad idea to abandon the paraphernalia that surrounds the country each year with the celebration of the 26th of July, and honor the martyrs by dedicating to social works the enormous resources that are devoted to the event (transportation and accommodation for the Moncada combatants, printed T-shirts, hats or caps, food and snacks, mobilization of personal), in short, the always secret funds that swell the enormous and seemingly bottomless debt, that yet hangs over us all.