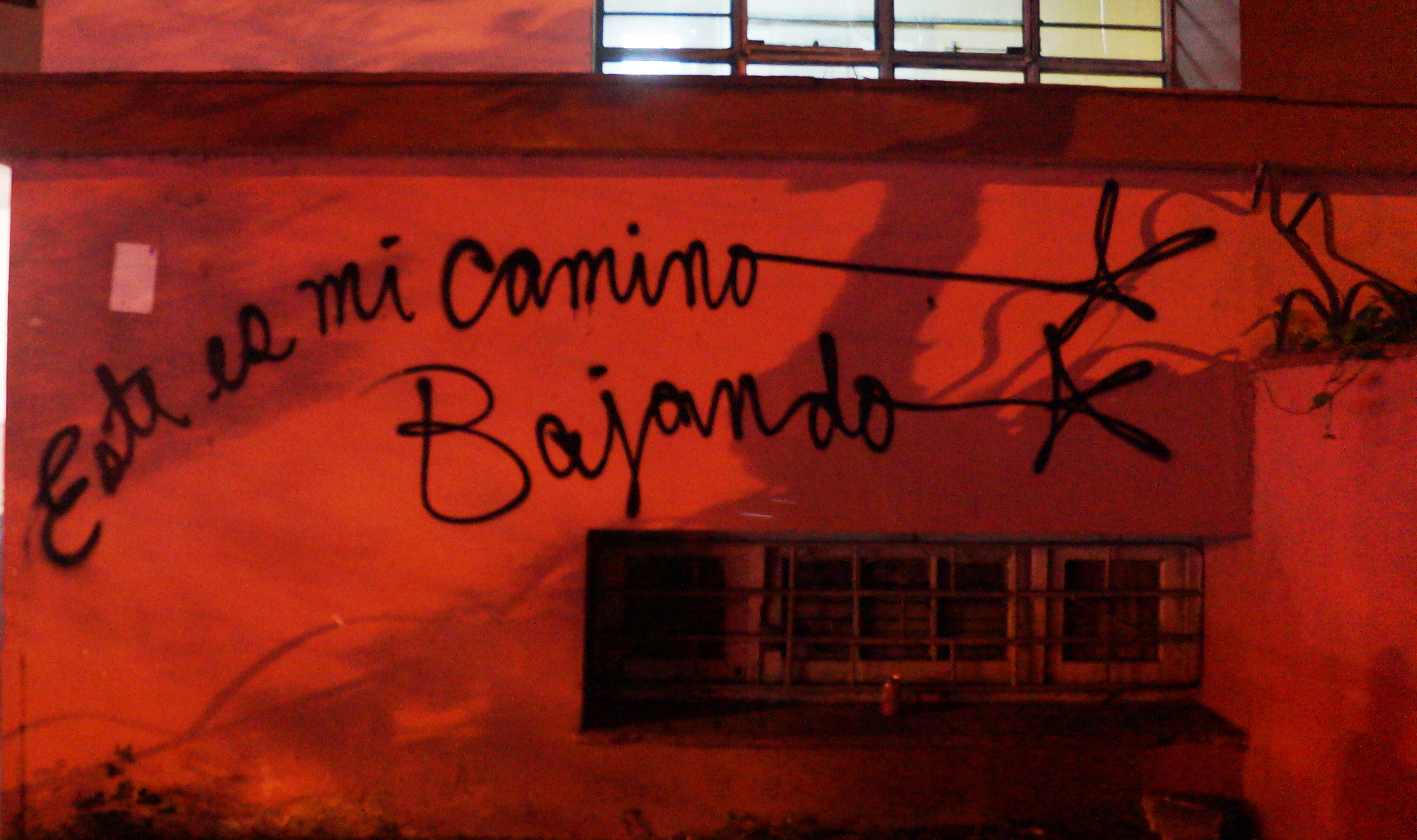 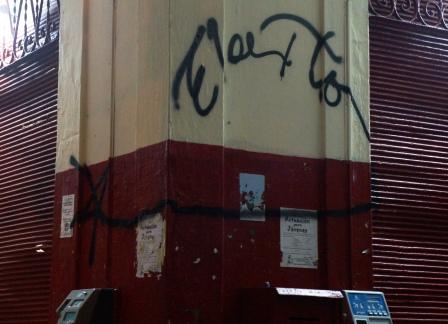 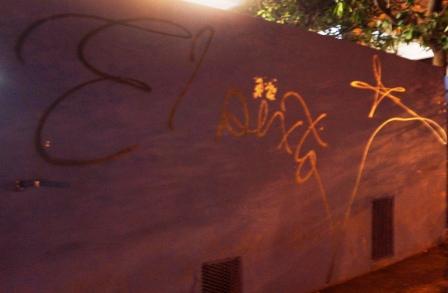 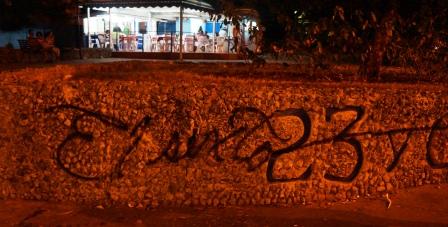 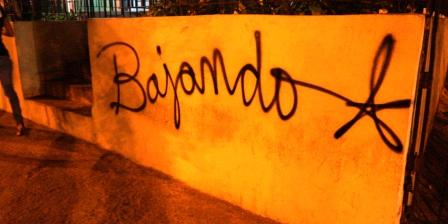 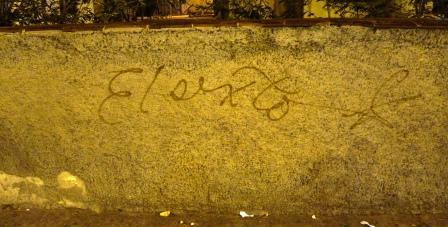 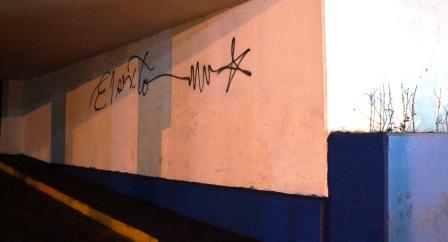 23rd Street in the capital municipality of Plaza, is the site chosen by the Cuban artist recognized for graffiti, to leave his autograph in protest against those who have recently been erasing his work in different public places.

According to recent statements from the artist he is trying to retake the streets again this year and to show that despite government censorship he will continue giving Cuban the gift of a genuine work without government contamination. Recently in a conversation Danilo Maldonado said “…if these little guys keep crossing out my stuff, I will continue crossing out theirs…”

One of the recent signs of El Sexto’s authorship is just a few yards from the central corner of 23rd and L, a writing that reaffirms his will and I quote “…This is my path… Going down…”**

Translator’s notes:
*”El Sexto” takes his moniker — “The Sixth” — as a take off from the “Cuban Five” — five admitted Cuban spies imprisoned in the U.S. and lionized in Cuba (one of the 5 is now on parole).
*”Este calle es de Fidel!” — This street belongs to Fidel — is a slogan commonly used in Cuba in support of the government; it is often shouted at repudiation rallies against dissidents such as the Ladies in White and others.  El Sexto’s take off is “This street/path/way is mine…”