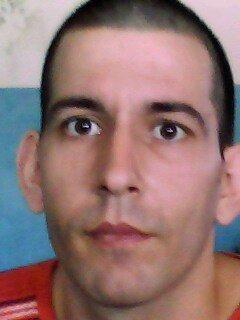 Young man sentenced to 10 years for “illegal slaughter of cattle” based solely on evidence from a dog, granted new trial.

Carlos Raul Concepcion Rangel, Deputy Attorney General of the Republic of Cuba, asked the Supreme Court to review the penalty of 10 years imprisonment imposed on Michel Martinez Perez. The common prisoner has gone on hunger strike over 3 times, insisting on his innocence.

“There have been breaches and inaccuracies in the criminal proceedings,” Conception Rangel acknowledged in writing, in his request which was granted by the highest court on the island.

The Provincial Court of Matanzas, in March 2012 found Martínez Pérez, along with other defendants, responsible for the illegal slaughter of cattle, theft and robbery with force. The only evidence against him was an “odor print” taken at one of the crime scenes.

This type of test only indicates his presence in the place, but not necessarily participation in the crime. Its level of certainty does not resemble that of a DNA test. It is debatable how the trace is collected, which relies on the canine technique, because a dog is the one who determines if the smell matches the suspect.

Regarding the smell test, “Irregularities appear in the proceedings that cast doubt on the quality of it,” said the Deputy Prosecutor, adding that there is a “logical contradiction” between testing and inspections of the scene.

The deputy prosecutor said Michel denied involvement in the events at all times, but it his co-defendants identified his as involved at the start of the investigation. This was placed into doubt when, after the investigative phase, the co-defendants recanted during the trial, but the judges only considered the incriminating statements.

The law of criminal procedure requires a court to rule on the basis of the evidence presented at trial. But Cuban judges, given the authority to freely assess the evidence, often violate that mandate.

“Since his arrest in August 2011, Michel tried to draw the attention of the authorities to the process,” said Iván Hernández Carrillo, a former prisoner of conscience who has supported and followed Michel’s case.

Pérez Martínez was reported under the care of physicians when, in June 2012, he began a hunger strike that would extend to almost 50 days. His last voluntary starvation was undertaken from October 19, after the results of the judgment on appeal of the Supreme Court.

The same court that agreed today to review the decision of the Matanzas judges, maintained the same sentence against Michel when it re-examined the record in 2012.

As a consequence, the prisoner refused to eat for 48 days. He then spent almost two months in hospital. “My son has lost weight and his health deteriorated, everything that happened is an injustice,” said Jesus Lázara de Jesus, his mother, by telephone.

Within 10 days, as of January 28, Michel should hire a lawyer for the holding of the new trial. In acceding to the request of deputy prosecutor, the conclusion that he committed the crime should be set aside and another reached, conforming to the guarantees of due process.

According to a source that will not be revealed for security reasons, the Inter-American Commission on Human Rights allegedly requested information from the Cuban government about the legal status of Michel Martinez Perez.